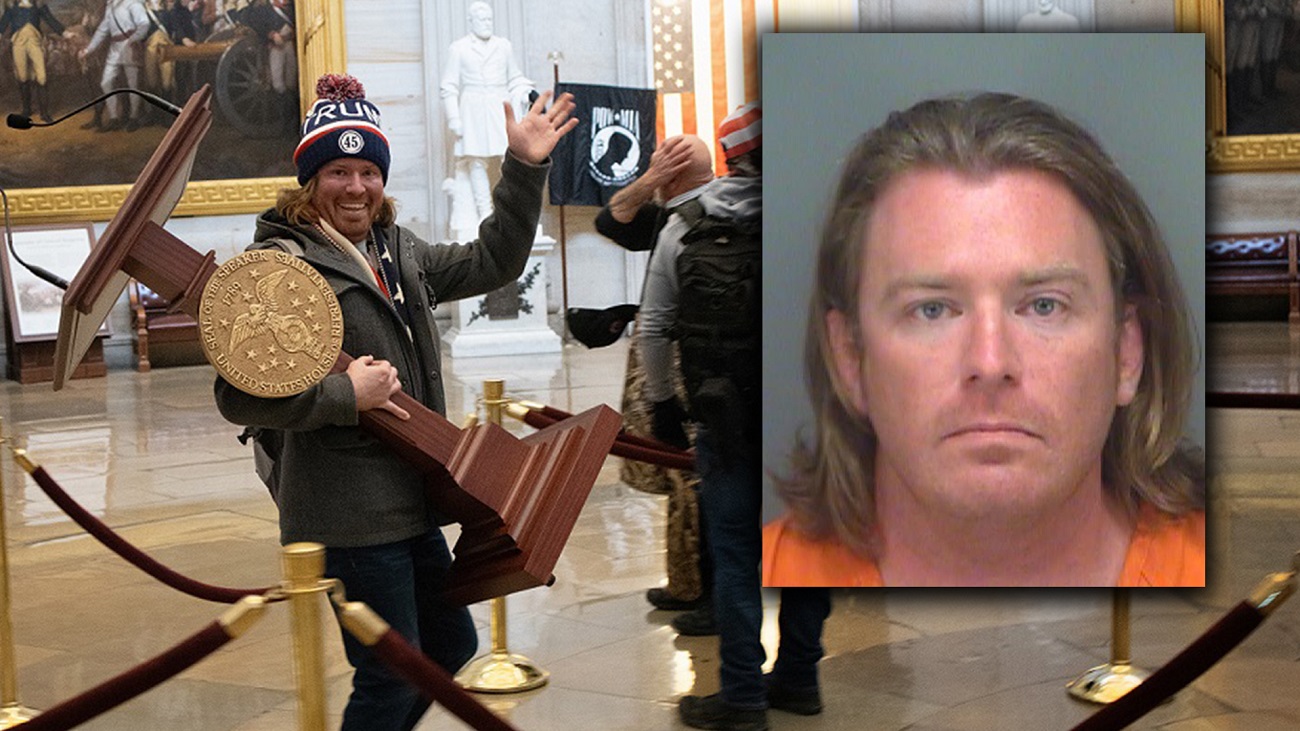 A Florida man photographed carrying U.S. House Speaker Nancy Pelosi’s lectern from the House of Representative chambers during the riot at the U.S. Capitol was arrested late Friday, according to jail records.

Adam Christian Johnson, 36, of Parrish, Florida, was arrested on a federal warrant and booked into the Pinellas County jail Friday night, the records said. No bond was allowed.

It was unclear Saturday if Johnson had legal representation.

Following the storming of the Capitol on Wednesday, where lawmakers had gathered to certify the election of President-elect Joe Biden, the FBI had asked the public for help identifying participants, given the proliferation of images of the riots on the internet.

Five people died in the riot, including a Capitol Hill police officer.

Johnson was one of those identified on social media and was identified by the Bradenton Herald as being from Parrish, a community about 40 km south of Tampa.

In addition to the arrest of Johnson, there were at least 13 people facing criminal charges in U.S. District Court in connection to the riot, and at least another 40 people were facing lesser charges in the District of Columbia Superior Court, a local venue.

A suburban Chicago man and the CEO of a data analytics firm who was arrested during the U.S. Capitol riot...