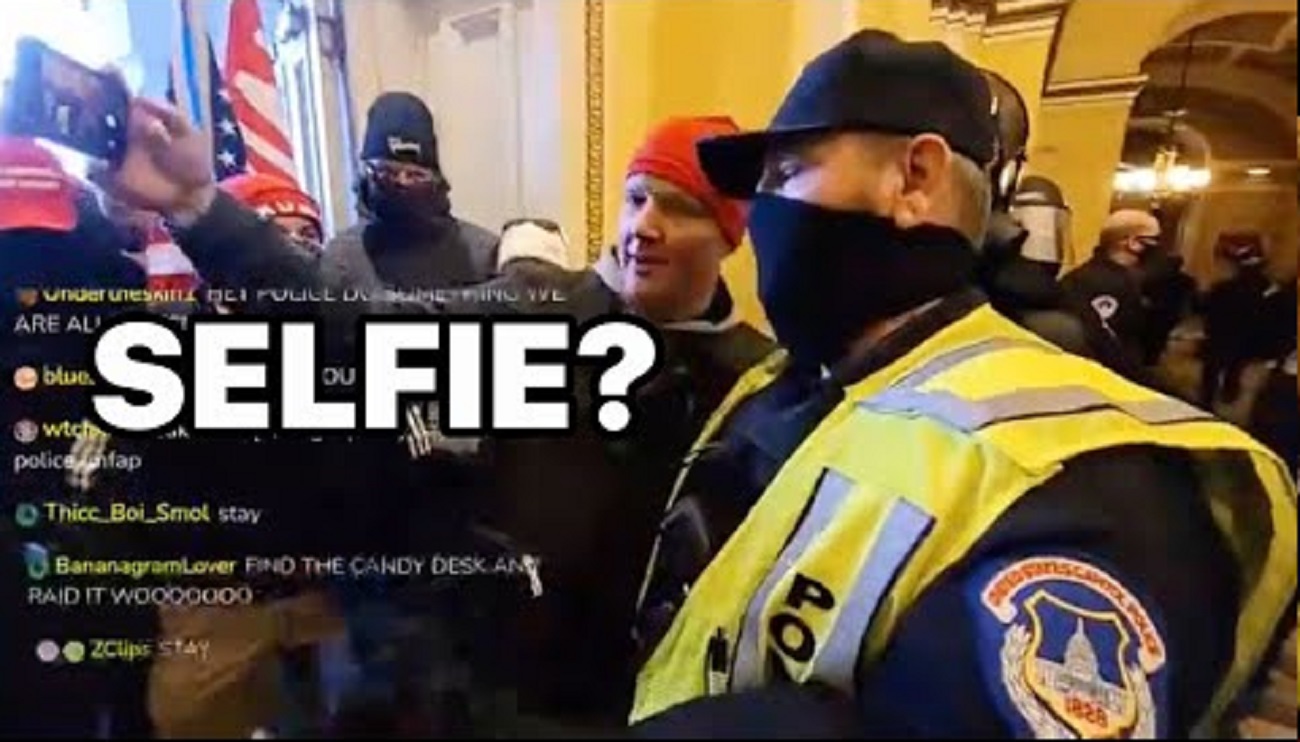 Two officers with the Capitol Police have been suspended and a third member of law-enforcement arrested for alleged misconduct, a congressman said on Monday, as it emerged a total of 15 Capitol Police officers are being investigated.

The selfie moment was captured by journalist Timothy Burke, and posted to Twitter in a tweet now retweeted 233,000 times, and ‘liked’ 220,000 times.

News of their suspension was confirmed by Tim Ryan, an Ohio representative who chairs a House panel probing last week’s events.

Ryan also said interim Capitol Police Chief Yogananda Pittman is taking ‘aggressive action’ to see if there was any internal ‘help’ by officers in the Capitol chaos.

The feds have been busy rounding up people who allegedly took part in the Capitol siege -- and some of...