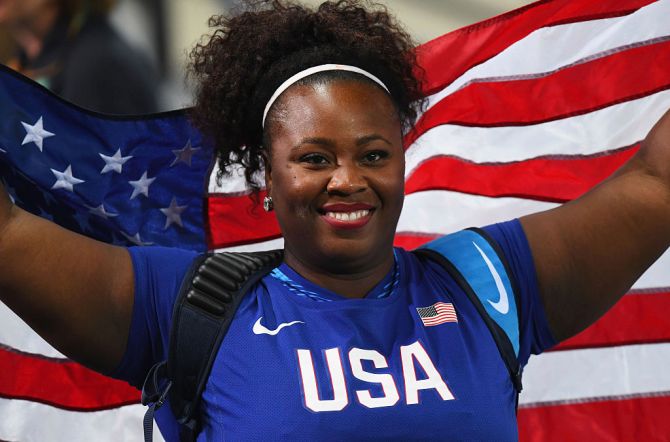 Michelle Carter made Olympic history when she won the very first gold for an American woman in shot put in Rio on Friday.

But what made her feat that much more unique (and sweet) is that her coach also happens to be her dad, Michael Carter, who won a silver medal in the very same event at the Los Angeles Games in 1984, USA Today reports.

Michael Carter, a former lineman for the three-time-Super-Bowl-winning San Francisco 49ers, also set the U.S. high school record for shot put in 1979, a record that still stands to this day.

The 30-year-old Red Oak, Tex., native and University of Texas alum won gold in the event with a distance of 20.63 meters (67 feet, 8 1/4 inches) on her last attempt, unseating New Zealand’s Valerie Adams, the two-time defending Olympic champion. Her win also made the Carters the first father-daughter team to capture individual-event medals in Olympic track and field history.

When Michael Carter was asked how his daughter’s gold compares to his silver medal, he replied, “It doesn’t.”