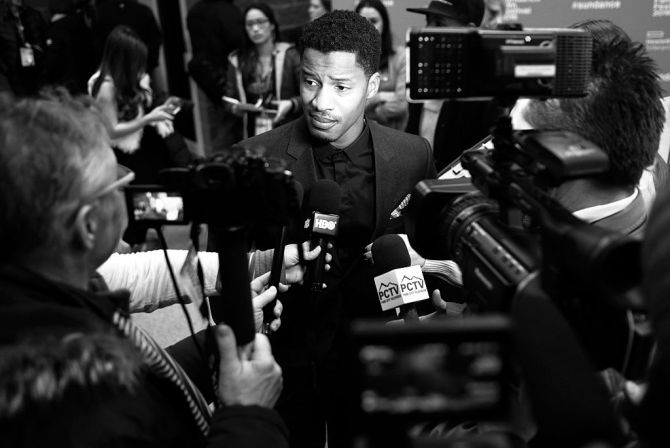 While so many wait with bated breath for Nate Parker’s The Birth of a Nation (due out in October), the actor and director has found himself addressing some rather serious allegations from his past.

Variety reports that in 1999, as a student at Penn State University, Parker and his roommate Jean Celestin, who co-wrote Birth, were charged with raping a 20-year-old female student in their apartment after a night of heavy drinking.

Parker admitted he had sex with the co-ed but claimed it was consensual. The woman said that she was unconscious, and did not consent.

Parker addressed the incident with Variety last week, and noted that the incident was a “very painful moment” in his life 17 years ago.

“It resulted in it being litigated. I was cleared of it. That’s that. Seventeen years later, I’m a filmmaker. I have a family. I have five beautiful daughters. I have a lovely wife. I get it. The reality is I can’t relive 17 years ago. All I can do is be the best man I can be now.”

Variety reports that Parker was suspended from the wrestling team and transferred to a different college in Oklahoma.

Parker was acquitted in a 2001 trial, but his roommate was found guilty and sentenced to six months in prison. Celestin appealed the verdict, and a second trial in 2005 was thrown out due to the victim not wanting to testify again. (She sued Penn State and was awarded a $17,500 settlement out of court.)

“There are numerous things that are surfacing,” said Parker. “But I’ve always been an open book. I’m an advocate of justice. I’m an older man. I’ve matured a lot … I am open to the scrutiny. I will never hide anything from my past.”

The Birth of a Nation, a biopic about enslaved pastor Nat Turner’s rebellion in 1831 Virginia, premiered at Sundance in January, and was picked up by Fox Searchlight for $17.5 million—the biggest price ever paid for a film in the festival’s history.

The distributor issued a statement: “Fox Searchlight is aware of the incident that occurred while Nate Parker was at Penn State. We also know that he was found innocent and cleared of all charges. We stand behind Nate and are proud to help bring this important and powerful story to the screen.”