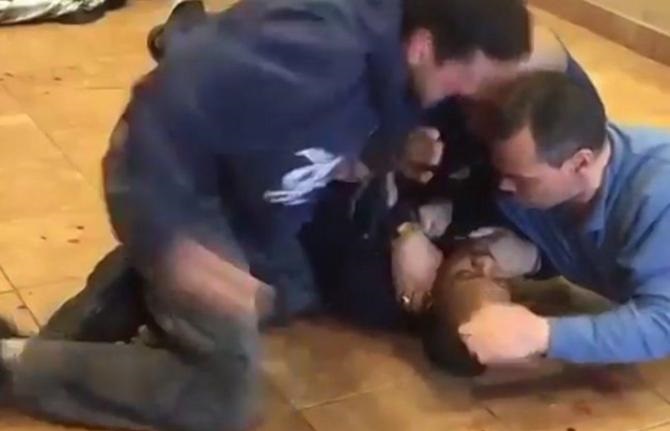 A video has popped up on Instagram that appears to show New York City police officers pummeling a man in the city’s Bronx borough.

The video was uploaded Friday by @GoHardBoyzNYC and @Hocus45th, and it seems to clearly show officers punching and kneeing an unidentified man in the head.

FUCK THE POLICE!!!! Sorry I can’t be political about it… 3 against 1… He’s trying to block his face and this pig keep hitting him… This is in the Bronx too smfh @gohardboyznyc shit just fucked up my day bro?????

In the background of the video, you can hear people screaming and pleading with the cops to stop beating the man.

“Why are you hitting him? That don’t make no sense!” one person says in the background.

In the video, one cop can be heard saying, “If he stops fighting, I won’t hit him.”