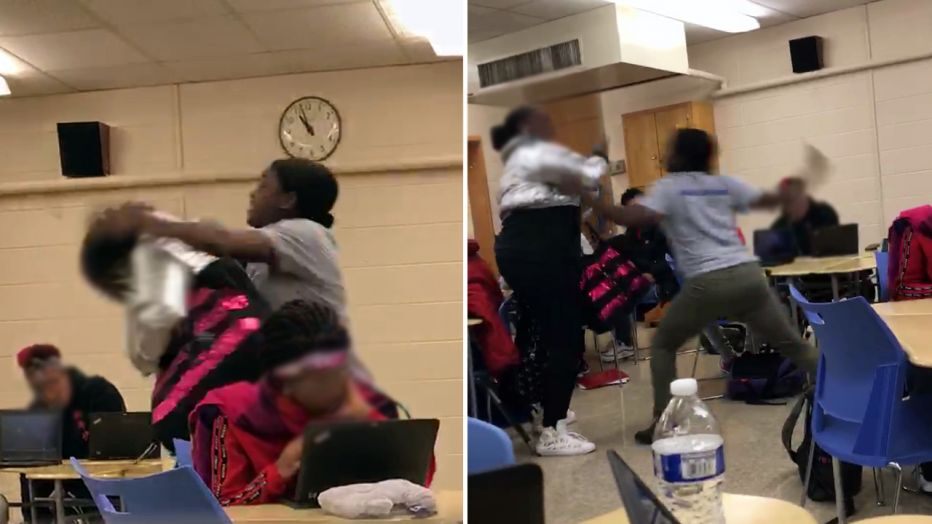 Police are investigating the incident and confirmed that the teacher in the gray shirt has been arrested and face child abuse and second-degree assault charges.

According to Fox4 Police Chief Hank Stawinski called the nature of this assault “extraordinarily violent” and “criminal” at a Friday news conference.

“Everything about this particular incident was completely unacceptable,” said County Executive Angela Alsobrooks, “I had a chance to review the video and I understand that this is still under investigation, as the chief as indicated, but anyone who views this video will agree that it makes you feel absolutely irate to see what transpired into this classroom.”

In addition to the teacher, police are also investigating the actions of the 17-year-old student. 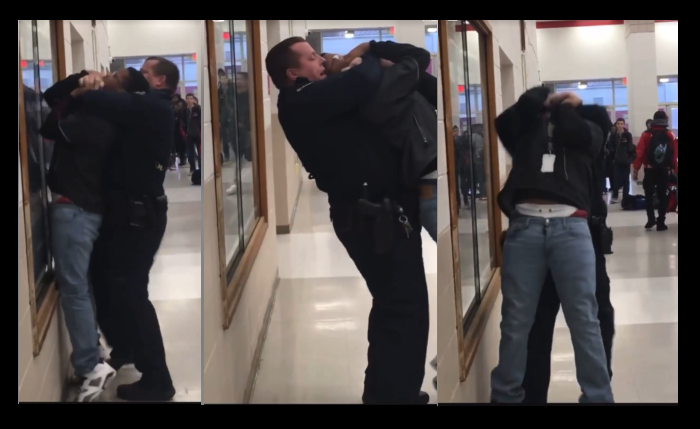 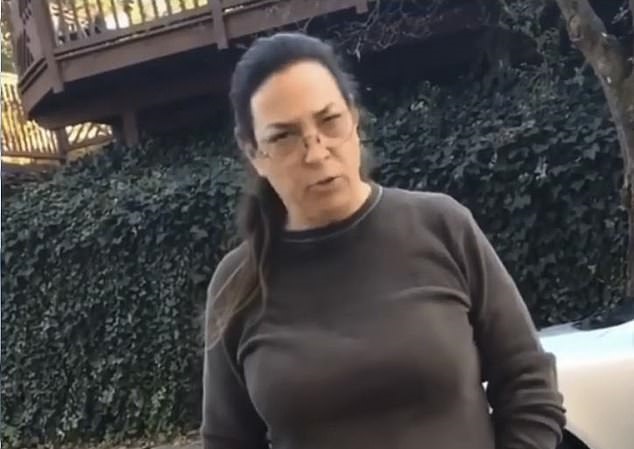 A white woman was captured on camera calling the police on a black UPS worker that he made her ‘nervous’ as he delivered packages in her neighborhood.

The tense confrontation was shared by Instagram user @nhcrashon, who is known as Nedrick Peters II, on Wednesday in a neighborhood in Atlanta, Georgia.

The woman has not immediately been identified, but said she lives in the area where the Peters, a seasonal worker, was delivering several postal items.

‘I’m going to need someone’s information to check up on you, because I don’t understand why you’re walking around this neighborhood with a bunch a packages,’ the woman says at the beginning of the video.