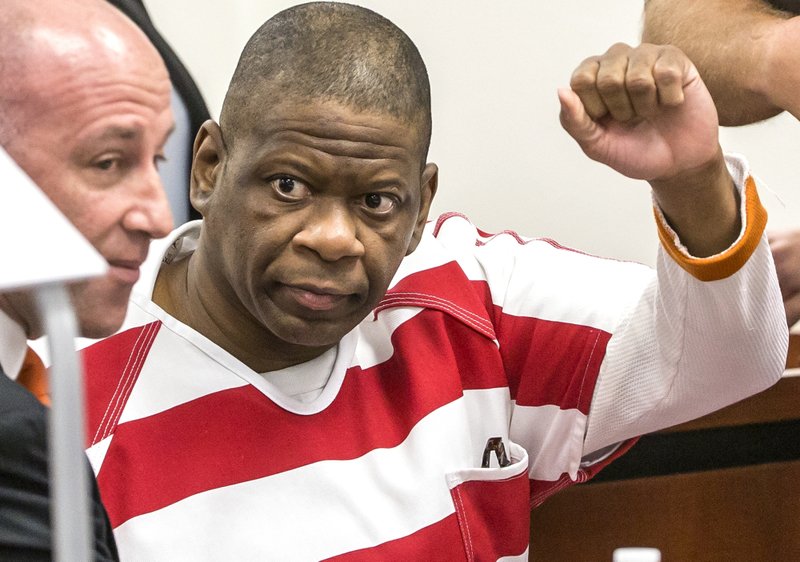 The nonprofit Innocence Project, which has been representing Reed in his effort to stay alive, tweeted the court granted a stay of execution that was “indefinite.” The ruling was posted to the court’s website.

“We are extremely relieved and thankful that the Texas Court of Criminal Appeals (CCA) has issued a stay of execution for our client Rodney Reed,” said his attorney, Bryce Benjet, of the Innocence Project. “This opportunity will allow for proper consideration of the powerful and mounting new evidence of Mr. Reed’s innocence.”

Texas civil rights attorney S. Lee Merritt tweeted that he spoke with Reed’s family after the court ruling and they are “overjoyed but know this fight isn’t over.”

The court’s move came after the state parole board voted unanimously Friday to recommend Gov. Greg Abbott delay the execution by 120 days He was scheduled to be put to death next Wednesday.

The Texas Board of Pardons and Paroles, however, also asked that Abbott not commute Reed’s sentence to a lesser penalty. It’s unclear what the governor may decide, and his office did not immediately return a request for comment.

The call to halt Reed’s execution by lethal injection has been building in recent weeks, gaining support from a bipartisan group of about 45 state lawmakers, outspoken celebrities, including Kim Kardashian West and Oprah Winfrey, and an online petition.

Reed, now 51, was found guilty by an all-white jury in the 1996 murder of Stacey Stites, a 19-year-old grocery store worker in central Texas. His lawyers have pointed to new witnesses who have come forward and forensic evidence that has been reevaluated to insist he at least deserves a new trial. That includes at least 11 people who have recently cast doubt on Reed’s conviction and, in some cases, implicated Stites’ fiancé, Jimmy Fennell.

The parole board’s recommendation comes as Reed’s legal team has multiple appeals and motions filed and pending along various legal tracks. His lawyers have asked Abbott, a Republican, to stop the execution. Abbott has not commented publicly on the issue.

The Supreme Court might also take up the case, reinvigorating Reed’s supporters, some of whom camped out overnight Thursday to hold vigils outside of the high court awaiting a decision.

“When the whole world watches, it’s going to be hard for someone to make a mistake,” Reed’s brother, Rodrick Reed, said during a rally Thursday night near the Supreme Court. “That gives us a lot of hope and a lot of confidence that the right thing will eventually come out of this.”

Last year, the high court had refused to review an earlier Texas Court of Criminal Appeals ruling that rejected further DNA testing in the case — paving the way for Reed’s execution.

A billboard featuring Donald Trump, ‘Make the Gospel great again,’ And The ‘Word Became Flesh’ is Taken Down