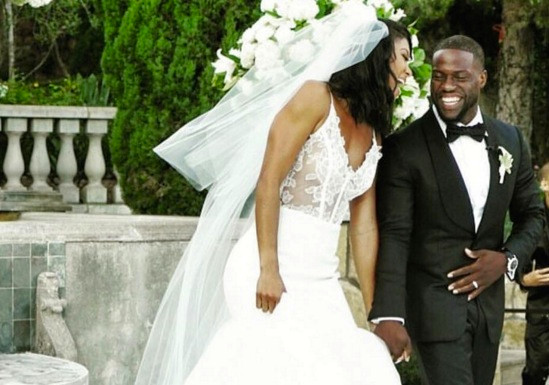 Hart, 37, proposed to Parrish, 31, two years ago, and the two had been dating for some years before that.

U can’t teach COOL…U either have it or u don’t…..My son AKA my best man has it!!!!! Last night was MAGICAL. #Harts #MeAndMyBestFriend thank u I have you @davidson_frere and @Musikafrere …..The Tuxedos were amazing

Hart has also has a daughter Heaven, 11. Their mother is Hart’s ex-wife Torrei Hart, whom he was married to for eight years.

Congrats to the couple!