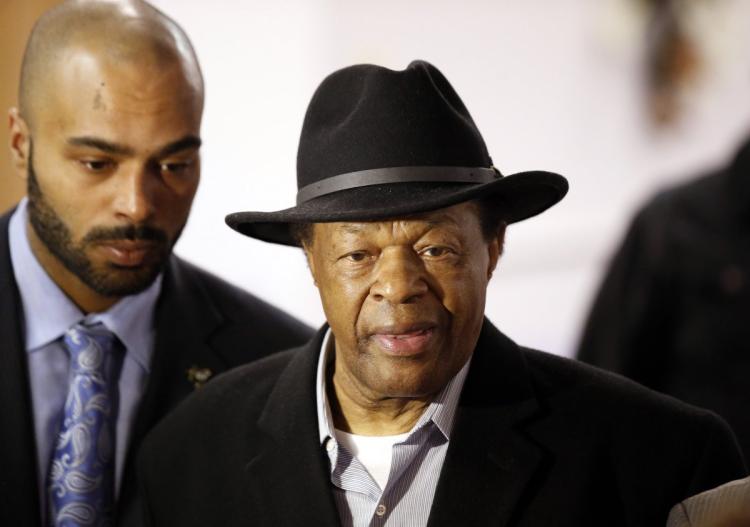 Cora Masters Barry, the former mayor’s widow, confirmed Marion Christopher Barry’s death to NBC Washington’s Tom Sherwood.
The younger Barry ran for his father’s council seat in Ward 8 in 2015. He was known as Christopher Barry for most of his life but his name appeared on the ballot as Marion C. Barry. He came in sixth place.
In 2015 Marion C. Barry pleaded guilty to charges incurred after an outburst at local bank. He tried to withdraw a large sum of money but his account was overdrawn. He was sentenced to 12 months probation.
Marion C. Barry has had encounters and arrests during his life. In 2014, he was jailed in D.C. for driving without a license.  In 2013, he was charged in Virginia with driving under the influence and possession of marijuana. In 2011, he was charged with possession of marijuana and PCP.
Sherwood, who covered the Barry family extensively, told NBC Washington that Marion C. Barry had a very difficult life and grew up in a very turbulent time. “Christopher did not have the politician’s gift of being with everybody like his father did but he was a nice young man,” Sherwood said.
Former D.C. mayor Marion Barry died in 2014.
In this article: