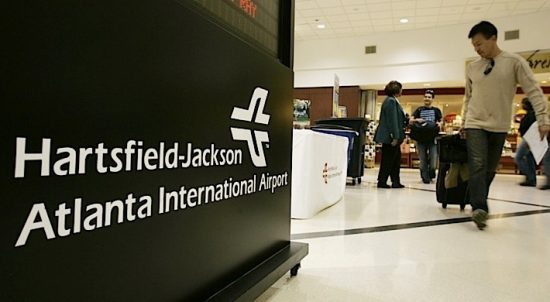 Atlanta’s Hartsfield-Jackson International Airport has nailed down the “World’s Busiest Airport” title for the 18th year in a row.

That was confirmed Friday when the Airports Council International (ACI) trade group finalized its full-year passenger numbers for 2015. The rankings did not change from ACI’s preliminary 2015 numbers released earlier this year, thus making Atlanta’s No. 1 ranking official.

And Atlanta solidified its hold on No. 1 by taking the top spot for “aircraft movements,” another measure of how busy an airport is. “Movements” refers to the number of takeoffs and landings at an airport. Atlanta had briefly lost the title for most movements to Chicago O’Hare in 2014, but surged back past its Illinois rival in 2015.

While each count is legitimate, the passenger tally is the most traditional barometer for determining the busiest airports.

Atlanta, of course, is the busiest hub for Delta Air Lines, which operates a massive connecting hub there.

“Atlanta has benefitted tremendously from its strategic location as a major connecting hub and port of entry into North America,” ACI said in its statement confirming its 2015 passenger counts. “The airport is within a two-hour flight of 80% of population in the United States.”