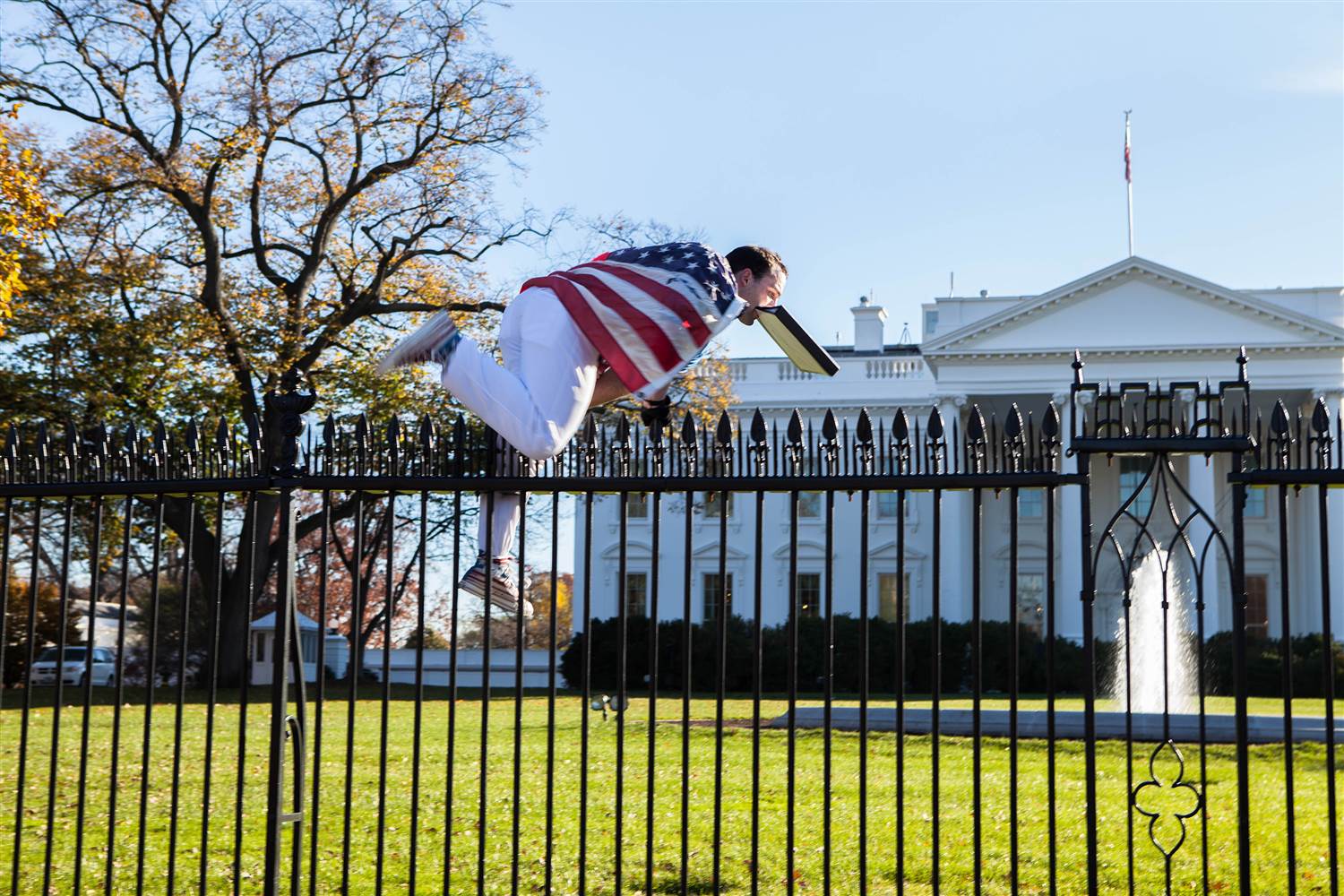 The man who jumped the White House fence Thanksgiving Day last year pleaded guilty Monday in federal court to a charge of entering restricted grounds and could be sentenced to a maximum of one year in prison.

A Secret Service officer spotted Joseph Caputo, 23, of Stamford, Connecticut, scaling the fence November 26, wearing an American flag like a cape. By the time the officer got to him, Caputo had made it over the fence and onto the North Lawn of the White House. Other officers caught Caputo before he made it inside the building.

As he was being arrested Caputo made statements to the officers, including, “I love my country,” and “I knew I would be locked up,” according to prosecutors.

In addition to the American flag he was wearing, Caputo was carrying a USB drive in the shape of the “Captain America” shield, a pocket guide to the Constitution and weightlifting gloves, according to the documents. He also left a suicide note with two people he had been staying with and left a message for his mother that he might not see her again.

During ‘Birth of a Nation”s TIFF Premiere, Gabrielle Union Makes Powerful Statement About Being a Sexual Assault Survivor