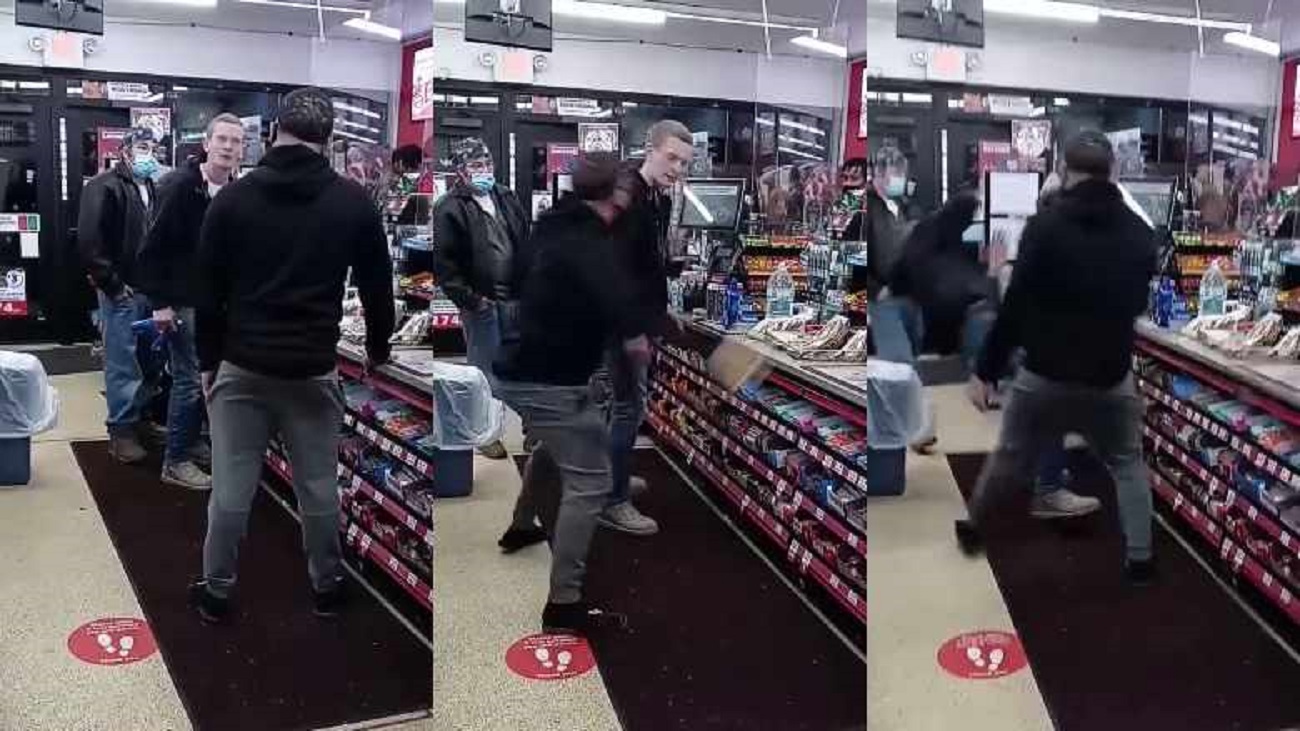 A video of a white man being smacked in the head with a can of Twisted Tea after he said “n****” at an Elyria, Ohio, Circle K convenience store has gone viral on social media. The video was first posted on Christmas Eve and has been viewed millions of times on Twitter and other social media sites.

The video shows the man, who is not wearing a mask, waiting in line to buy beer at the Cleveland-area Circle K while talking and using the racial slur. A Black man standing behind him in the line, holding a can of Twisted Tea hard iced tea that he planned to purchase, confronts him. After the white man tells the Black man, “smack me with it,” the Black man does just that, hitting him across the face and knocking him to the ground. After the man gets back up, the video shows him charging at the man who hit him, but the man tackles him down to the ground and punches him several times.