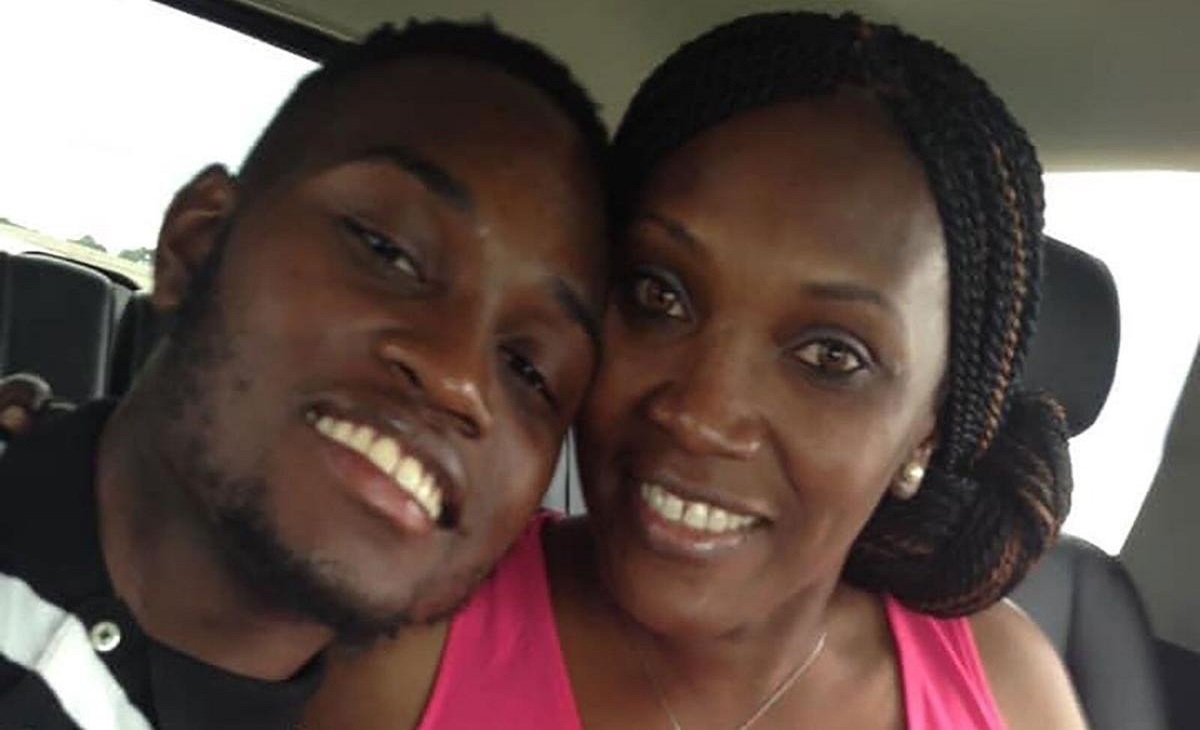 One of the suspects in the fatal shooting of Ahmaud Arbery called his former boss, the local district attorney, from the crime scene in an attempt to “influence and obstruct the investigation,” a Georgia prosecutor said Friday.

A judge on Friday denied bond for Gregory and Travis McMichael, the father and son charged with murder in Arbery’s death, following a two-day hearing in Glynn County court in south Georgia.

In court Friday, a prosecutor played a voicemail that Gregory McMichael, a former investigator for the Brunswick Judicial Circuit District Attorney’s Office, left for his former boss, Jackie Johnson, after Arbery was killed February 23.

Prosecutor Jesse Evans said the phone call was evidence Gregory McMichael intended to use his connections in law enforcement to influence the case from the outset.

“This evidence shows from day one there was an attempt by these defendants to influence and obstruct the investigation of this case,” Evans said.

Evans did not argue Gregory McMichael’s phone call to his former boss had the desired effect.

“That is not the standard the court must look at,” he said. “You must look at whether the defendant had the intention of obstructing and influencing the investigation, and that is the purpose of this evidence, to show that he wanted to influence and obstruct this.”

Evans displayed an inmate handbook, which included “rules for mail.” Evans said one of the rules is that mail would be “inspected and confiscated if written in code.”

Evans argued the letter shows “significant risk of intimidating witnesses and obstructing justice, as well as a factor that I think the court should consider, whether as a good candidate for bond this defendant would be willing to follow the instructions and rules of the court if bond and bond conditions were imposed on him, despite the fact that he is actively defying the rules of the Glynn County Sheriff’s Office.”

In deciding not to grant bond, Judge Timothy Walmsley pointed in part to Gregory McMichael’s apparent belief he had the “ability to influence an ongoing investigation.”

One of Gregory McMichael’s attorneys, Laura Hogue, argued the judge should set bond.

“This case isn’t about race, your honor,” Hogue said. “This case in the indictment is about whether or not the private citizen’s arrest law … allowed Greg McMichael to do what he chose to do that day, for the sole purpose of defending his family, and his property and his community.”

Robert Rubin, one of Travis McMichael’s defense attorneys, said his client was an asset to the community.

“He’s proven that by always being employed, paying his taxes, never getting in trouble, never confronting people unless he himself is put in danger. And that was one time, by one man, named Ahmaud Arbery. And actually, Mr. Arbery confronted him twice,” Rubin said.

Arbery’s death sparked outrage across the nation, becoming yet another example of the many perils visited on African Americans engaged in ordinary activities, particularly after a disturbing video of the shooting emerged.

Arbery, 25, was out for a jog near Brunswick on February 23 when Travis and Gregory McMichael, chased him in their truck and Travis shot him, authorities have said. Both men have pleaded not guilty to malice and felony murder charges, and counts of aggravated assault, false imprisonment, and criminal attempt to commit false imprisonment.

William “Roddie” Bryan Jr., who recorded video of Arbery’s death while driving, has pleaded not guilty to charges of criminal attempt to commit false imprisonment and felony murder. He was denied bond in July.

Evans on Friday played a short video clip of the shooting. Wailing could be heard in the courtroom and Cooper-Jones ran out of the room with her attorney, S. Lee Merritt.

After the hearing, she said it was the first time she had to see the footage of her son being killed. Previously she had said multiple times that she never wanted to see it.

Prosecutors on Thursday presented “racial” texts between the younger McMichael and his friend Langford, who was pressed in court about electronic messages the suspect allegedly sent that referred to “slant eyed f**ks” and “shooting a crackhead coon with gold teeth.”

Evans also asked Langford about a text exchange last November between the men in which McMichael made a reference to “shooting a crackhead coon with gold teeth and a Hi Point .45.”

Langford said he did not remember either incident, but when shown evidence he had responded to the text, Langford told Evans “he was referring to a raccoon.”

Defense lawyers characterized the text messages as “inappropriate jokes,” and character witnesses described McMichael as a person who got along with everybody and felt remorse for the shooting.

Throughout the two-day hearing Travis McMichael’s defense team touted his track record in the US Coast Guard.

Cooper-Jones read an emotional statement in court Thursday during the bond hearing for both McMichaels, who appeared via video conference.

“In the name of justice, decency and fairness, please keep these men behind bars until they can answer for what they did,” Cooper-Jones said. “Ahmaud wasn’t allowed to go home. Ahmaud wasn’t even allowed the chance to live.”

Evans, the prosecutor, described as “racial” the social media and text messages between Travis McMichael and Langford.

The McMichaels’ defense teams called witnesses including Gregory McMichael’s wife, Allison McMichael, and other friends willing to contribute to the bond.

How a jog ended in tragedy

Gregory McMichael told police that he thought Arbery, who was out jogging, looked like a person suspected in a series of recent break-ins in the area, according to a police report.

But no string of break-ins was reported in the more than seven weeks before Arbery’s death, and there was only a burglary report after a gun was stolen from an unlocked vehicle in front of the McMichaels’ home, police said.

McMichael also told officers that Arbery and Travis McMichael struggled over his son’s shotgun. He said two shots were fired before Arbery fell to the street, according to a police report.

Investigators said they believed Bryan used his vehicle to try to “confine and detain” Arbery multiple times in the minutes leading to Arbery’s death, an arrest warrant said.

A Georgia Bureau of Investigation agent had testified that Arbery probably felt trapped and felt he had to fight. Bryan had told investigators he heard Travis McMichael use a racial epithet after fatally shooting Arbery, according to a GBI agent.

Arbery was shot three times, including twice in the chest, according to an autopsy performed by the GBI.

The case stalled for weeks after the shooting as two district attorneys recused themselves, including one who said the actions of the McMichaels were “perfectly legal.”

A fifth district attorney will be taking over this case starting January 1 since Cobb County District Attorney Joyette Holmes lost her new election bid. The case remains with Cobb County.

Johnson lost a bid for re-election in the Brunswick Judicial Circuit on November 3, coming up short against Independent candidate Keith Higgins.

Theresa Waldrop contributed to this report.