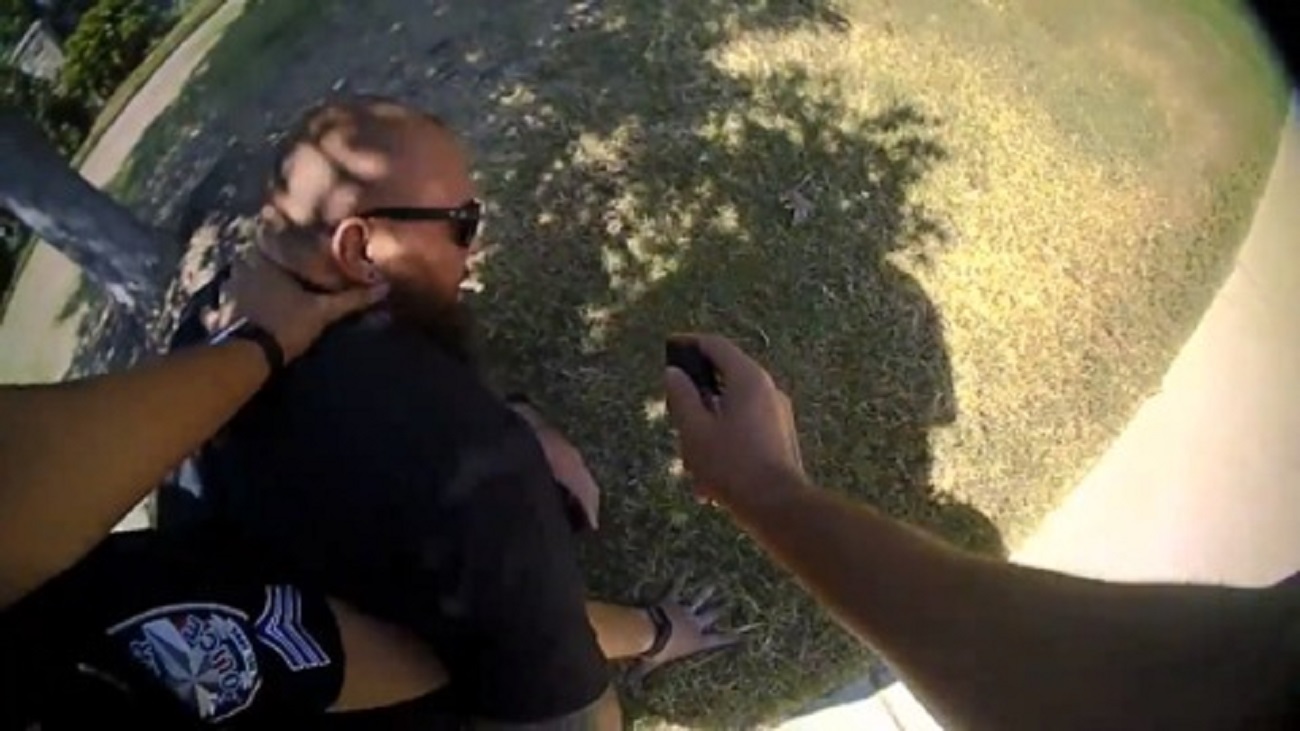 A petition to fire the two Keller police officers who handcuffed and pepper-sprayed a man who was filming the detention of his son has more than 20,000 signatures as of Tuesday.

On Aug. 15, two officers with the Keller Police Department pepper-sprayed Marco Puente directly in the eyes while they pinned him to the ground and handcuffed him. The entire incident was video recorded on multiple dash-cam and body-worn cameras. The Keller police chief apologized for his officers’ behavior two days later and said they were in the wrong, according to a federal lawsuit Puente and his attorneys filed against the officers in Fort Worth District Court on Dec. 15.

Marco Puente, an emergency electrician from Keller, sat in the back of a police car for nearly 20 minutes begging for someone to wipe the pepper spray from his eyes.