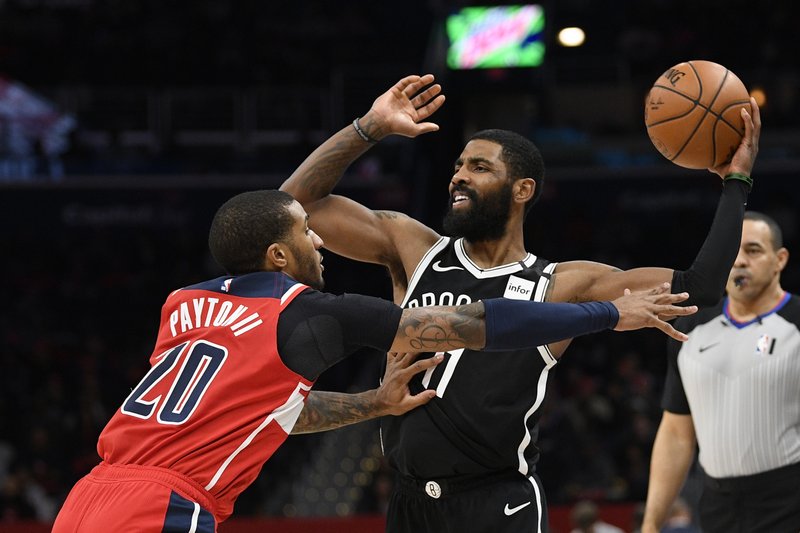 NEW YORK (AP) — Kyrie Irving is making sure WNBA players can sit out the season and not stress about a paycheck.

The Brooklyn Nets star is committing $1.5 million to supplement the income of players who choose not to play this season, whether it be because of coronavirus concerns or social justice reasons.

The funds will come from the KAI Empowerment Initiative that Irving launched Monday. It will also provide players with a financial literacy program created by UBS.

Irving said that with the help of WNBA players Natasha Cloud — who chose to sit out — and Jewell Loyd, he connected with several WNBA players who discussed with him the challenges they faced in deciding whether to play. The season began Saturday and will be played entirely at the IMG Academy in Bradenton, Florida.

He decided to help with the financial burden in a league where the top annual salary is a little more than $200,000.

“Whether a person decided to fight for social justice, play basketball, focus on physical or mental health, or simply connect with their families, this initiative can hopefully support their priorities and decisions,” Irving said in a statement.

Players such as Cloud and Atlanta’s Renee Montgomery opted against playing for social reform reasons, though it’s unclear how many will qualify for Irving’s program.

To be eligible, players must provide insight into the circumstances surrounding their decision and not be receiving salary support from any other entity. An opt-out for medical reasons must be connected to the coronavirus pandemic.

Players can get information at www.kaiempowermentinitiative.com. They need to apply by Aug. 11 and recipients will be notified on Aug. 24.

Irving is not with the Nets for the restart of the NBA season as he recovers from shoulder surgery. He has been outspoken about social justice issues and recently produced a TV special calling for action in the death of Breonna Taylor, a 26-year-old Black emergency medical technician who was shot eight times in Louisville, Kentucky, on March 13 by plainclothes officers serving a narcotics search warrant without knocking at her apartment. No drugs were found.