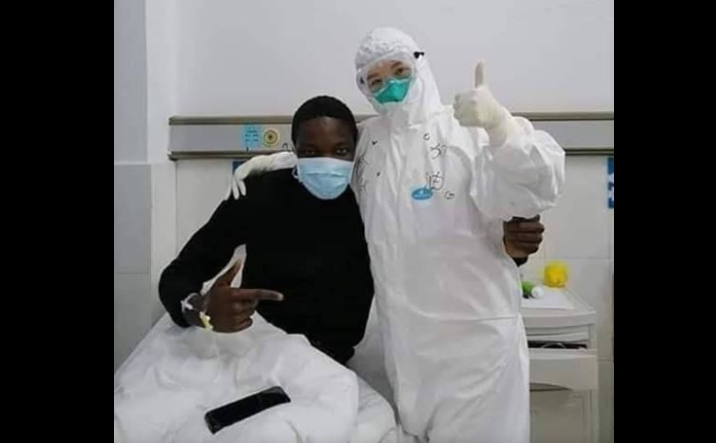 Dark melanin could be your defense against the CoronaVirus; It’s True and False, Maybe. Decide for yourself and take no chances. Only one person has been cured of the coronavirus and no outbreaks in Africa.

In over 45 countries, most have been in China, but cases are now rising fast in parts of Europe and the Middle East, while the first infection in Latin America was recorded on Wednesday, in Brazil.

But across all of Africa, just two cases have surfaced — a tally that has health specialists scratching their heads, given the continent’s close economic ties with China. Read More Here

“OUR MELANIN IS OUR DEFENSE,” claims one post, shared more than 2,000 times since February 11 by a Facebook user in South Africa.

“Chinese doctors have confirmed that he remained alive because he has black skin, the antibodies of a black are 3 times strong, powerful, and resistant as that of a white [sic]”. Though this article disagrees, it doesn’t dispute the claims. Read More here

According to TheGrio First African to be diagnosed with Coronavirus also becomes the first to recover.

A student from Cameroon is reportedly on the way to a full recovery after being diagnosed with the coronavirus that has been plaguing the rest of the world for weeks.

According to Business in Cameroon, the Chinesembassy to Cameroon reports that Kem Senou Pavel Daryl is believed to have contracted the virus while living in Zhengzhou which is the capital of China’s Henan province.

After experiencing flu-like symptoms, a dry cough, and a fever on January 28th, he began a treatment of intense antibiotics and medicine usually reserved for HIV patients. Now the 21-year-old has been released from the hospital and is recovering in his dormitory while he is under the mandatory two-week quarantine period needed before being allowed back in the general population.

A recent CT scan showed no remaining signs of the virus, which makes him simultaneously the first known African to be infected and also the first to be totally cured. As of the time of this report, no other African victims of the virus have been reported. Read More here

Could your Dark skin be used to cure other? Plasma

On Thursday (Feb. 13), a Chinese senior health official called on people who had recovered from the new coronavirus to donate blood plasma, because it might contain valuable proteins that could be used to treat sick patients, according to The New York Times.

The call for plasma came after an announcement by the state-owned company, China National Biotec Group, that these antibodies helped treat 10 critically ill patients, reducing their inflammation within 12 to 24 hours, according to the Times.  Read More Here

According to The Independent As coronavirus continues to spread to countries across the globe, health organisations are urging governments to prepare for the worst.

Currently, there are 81,191 confirmed cases of coronavirus and 2,768 people have died from the respiratory virus.

This week, federal health experts have warned America that it is only a matter of time before the country is hit with the virus. “It’s not so much a question of if this will happen anymore, but more really a question of when it will happen – and how many people in this country will have severe illness,” Dr Nancy Messonnier of the Centres for Disease Control and Prevention (CDC) said.

As of Tuesday, 14 people have been diagnosed in the US, “in addition to 39 cases among repatriated persons from high-risk settings,” bringing the total to 53 cases, according to the CDC.

Although the current risk remains low, Americans have been urged to prepare “with the expectation that this could be bad,” Messonnier said, adding that “disruption to everyday life may be severe”. Read More Here