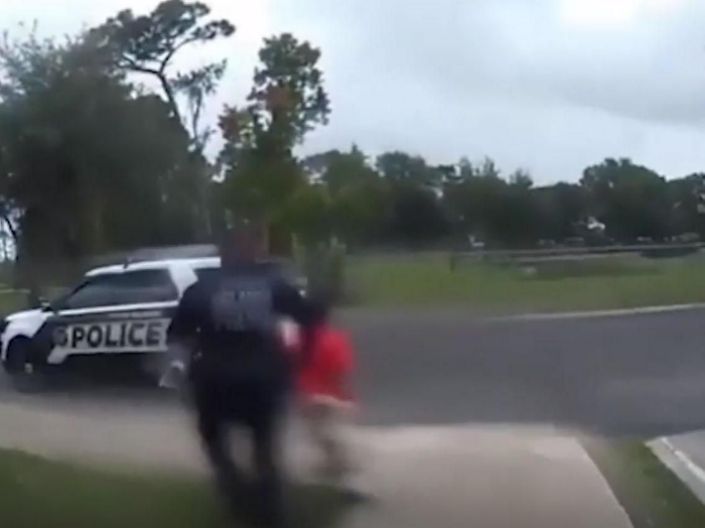 Bodycam footage has shown the moment a 6-year-old was arrested in Orlando after having a temper tantrum in class.

The video, which was recorded by an Orlando school resource officer and released by the family’s attorney, shows the arrest, which took place last September.

In the video footage, the girl is seen sobbing as she is restrained, crying at the officer to let her go.

Despite her pleas, she is led through the school and placed into the backseat of a patrol car, after which she was allegedly taken to a juvenile justice centre.

The girl was restrained with zip-ties.

It has been said that the action was taken by the officer after school staff said she had a temper tantrum.

The arresting officer, Dennis Turner, claimed that he told the school staff that the girl was the youngest person he has arrested.

The officer was a heard on camera saying that “she had broken the record”, speaking to staff whose faces were blurred.

The family said they had released the footage so that this does not happen to another child.

The girl’s grandmother, Meralyn Kirkland, said that her granddaughter had a medical condition which affected her sleep and caused her to act out in class.

Mr. Turner is reported to have been fired by the Orlando Police Department following the student’s arrest for violating department policy.

“I was a police officer for 23 years, and I was in the military before that. All I’ve ever done is to serve my country and my community. That’s all I have to say about this,” Turner.

In this article:6yr-old, Dennis Turner, Orlando