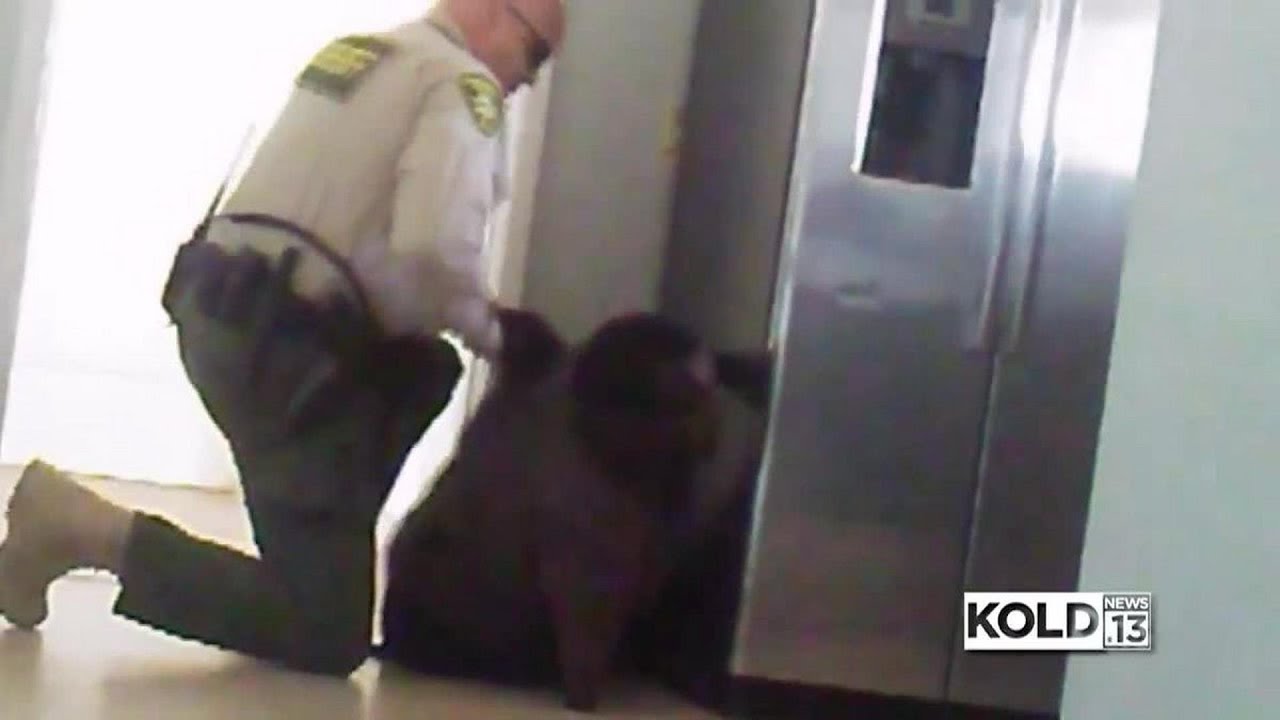 A disturbing video has surfaced of a Pima County deputy brutally attacking a 15-year-old quadruple amputee. The child has no arms and legs and he has been charged along with his friend who recorded the horrific video.

KOLD reports the incident happened in September (the exact date of the video is not clear) while 15-year-old was in a group home. He reportedly got upset with a staff member and knocked over a garbage can. The police were called and an unidentified (social media will surely change that) deputy arrived on the scene. The eight-minute video shows him screaming and cursing at the child and wrestling him to the floor.

See the news clip below:

The teenagers were arrested on disorderly conduct charges.

Joel Feinman, the Pima County Public Defender, said about the video, “Men with badges should not be acting this way. Men and women who do act this way should not have badges and guns.”

Social media has been outraged by the story, one user wrote, “Man with no arms or legs gets the police called on him for KICKING over a trash can.”