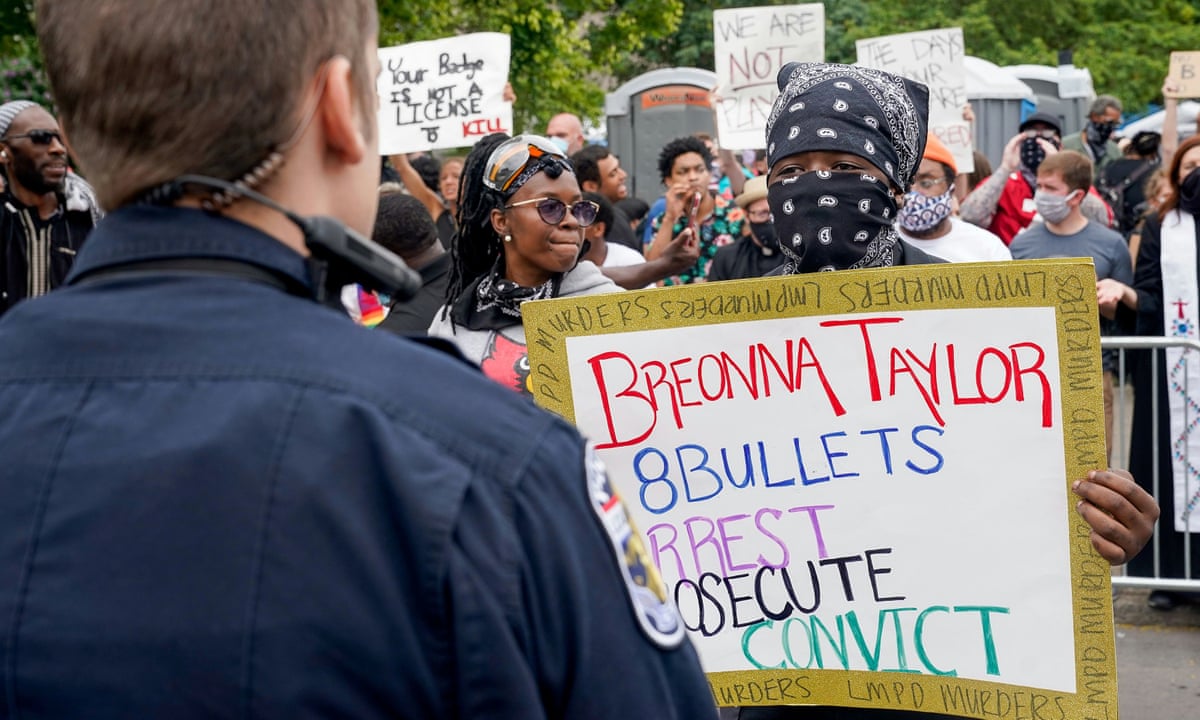 Video footage showed a man firing more than a dozen shots at a park in Louisville, Ky., where demonstrators were protesting Ms. Taylor’s shooting death by the police in March.

A fatal shooting in Louisville on Saturday night added a grim note to weeks of protests against police violence and particularly against the killing there in March of Breonna Taylor, an African-American emergency room technician shot to death by police in her home.

The shooting victim was identified as Tyler Gerth, 27, of Louisville. Mr. Gerth was a photographer who had frequented the protests and documented them with his camera for weeks, the Louisville Courier Journal reported.

The accused shooter was identified in an arrest citation as Steven Lopez. He has been charged with murder and first-degree wanton endangerment, according to the citation.

He had been a participant in the protests and had repeatedly been asked to leave by other protesters “due to his disruptive behavior,” officials said at a news conference on Sunday. Mr. Lopez is in police custody at a hospital, officials said.

Chief Robert Schroeder said Mr. Lopez had been arrested “a couple of times” in the past several weeks.

Mayor Greg Fischer of Louisville said that Mr. Lopez had shot no one else on Saturday aside from Mr. Gerth. Mr. Lopez was wounded in the leg by gunfire from bystanders at the park who were defending themselves, according to his arrest citation.