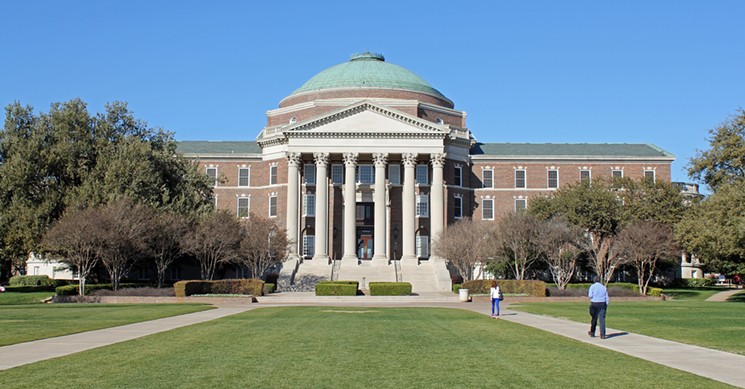 Bethany Bass drives a beat-up 2008 Kia Sorento. She likes to listen to rap music, and because she is a junior at Southern Methodist University, she often winds her Sorento through the tony, tree-lined neighborhoods in and around University Park. When she started her studies at SMU, she says she was often tailed by the university’s police department. The cops never pulled her over, she explains, but they became a near-constant part of her commutes to, from and around campus.

“It was reinforcement that I’m not allowed on campus,” she says. “Because I’m black and I drive a beat-up car, I’m not supposed to be here.”

Bass got an idea. By sticking first an SMU sticker and then her Greek letters on her car, she figured she could signal cops to the fact that she did, indeed, belong here. It worked. The tailing stopped; the micro-aggressions did not. Like many other black SMU students or former students interviewed for this story, Bass recently took to Twitter to share what it is like to be black at Dallas’ arguably poshest university. The students’ stories range from being ostracized to casual racial slurs to overt hatred, including one instance in which an anonymous sorority member used the platform Greekrank.com to explain why they do not like to admit black women into their group.

In this article:#BlackatSMU, News, SMU, Trending