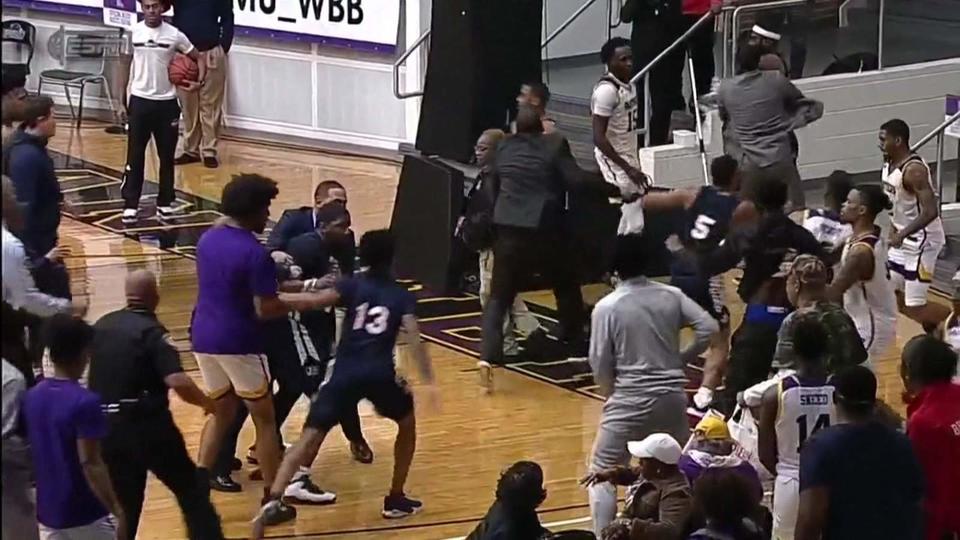 The SWAC hands down two game suspensions to Jackson State’s Dontelius Ross and Khalil Spencer and Darius Williams of Prairie View A&M for their role in the brawl that happened Monday night.

The Panthers won 70-61 on Monday and during the handshake’s Williams bumped Ross and said something and Ross reacted. Spencer also got into an altercation with players on the far side of the court as well.

JSU’s next game is at Grambling State on Saturday.

“The conduct of a few of our student-athletes at the conclusion of last night’s game at Prairie View A&M is unacceptable and not reflective of who we are,” said Vice President and Director of Athletics Ashley Robinson. “Coach (Wayne) Brent and I will review the incident, along with the Southwestern Athletic Conference and Prairie View A&M to determine appropriate consequences. There is no place for this conduct in college athletics or here at Jackson State.”