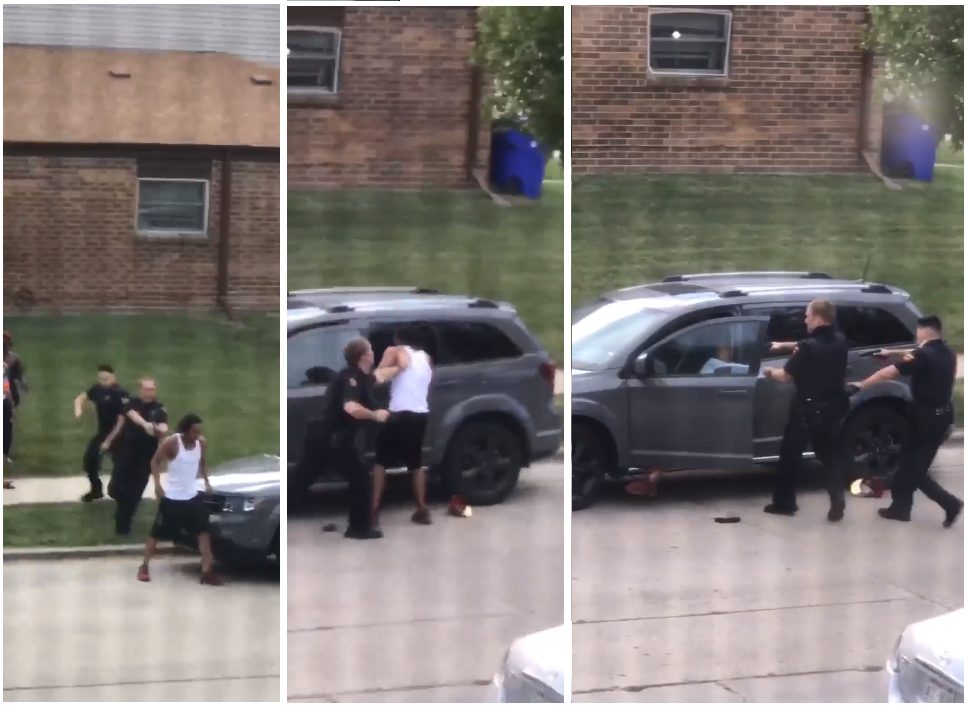 Officers say they provided immediate aid to the shooting victim, who was taken by Flight to Froedtert Hospital in Milwaukee, Kenosha police reported.

The man was in serious condition at Froedtert.

The Kenosha News reported that neighbors said the victim was trying to break up a fight between two women. Bystanders said the man was Tased and then shot several times.

A video circulating on social media shows a man in a white shirt and black shorts walking to a gray van, followed by two male police officers with weapons drawn.

As the man opens the door to get in, an officer grabs his shirt to hold him still, then appears to shoot him in the back at close range. Seven shots are heard, followed by a car horn, presumably from the man’s head falling forward. A woman who followed behind the police can be seen screaming and jumping up and down.

This story will be updated.