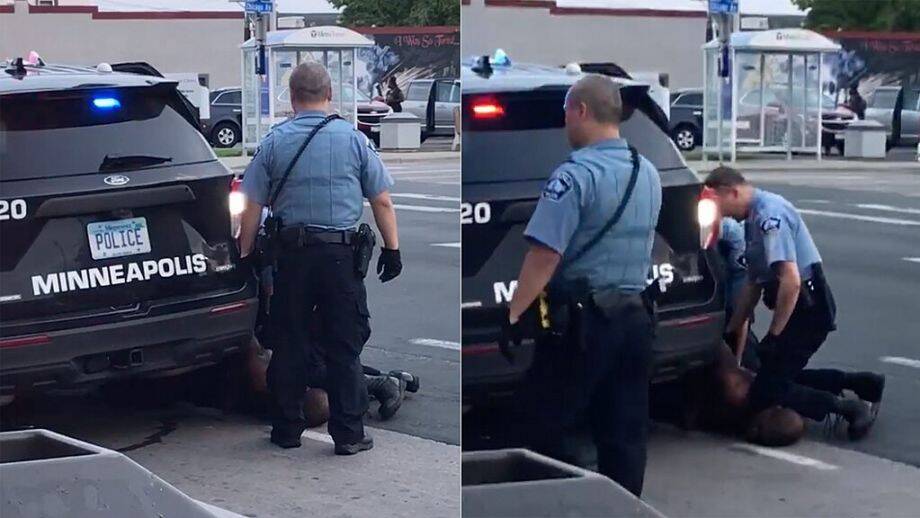 A man exclaiming “I can’t breathe” as a Minneapolis police officer pinned him to the ground and put his knee on the man’s neck for about eight minutes died Monday night, prompting the FBI and Minnesota Bureau of Criminal Apprehension to step in and investigate.

Video of the incident shows that a white police officer had a black man pinned to the ground next to the back tire of his patrol car with his knee on the man’s neck.

Onlookers outside the Minneapolis deli urge the officer to get off the man.

“You’re stopping his breathing right now, you think that’s cool?” one man says. “His nose is bleeding, look at his nose!” says a woman.

Onlookers outside the Minneapolis deli urge the officer to get off the man.

“You’re stopping his breathing right now, you think that’s cool?” one man says. “His nose is bleeding, look at his nose!” says a woman.

And then the man goes silent. More people begin to intervene and call for the officer or his partner to check for a pulse. The officer remains on the man’s neck, even as he lay apparently unresponsive, for a total of about eight minutes before paramedics arrive and the man is placed on a stretcher.

“The man looked already dead before the ambulance even got there. He was clearly trying to tell them he couldn’t breathe and they ignored him,” Darnella Frazier, one of the people who filmed the incident, told NBC News.

NBC News does not know what happened before the video recording began.

Civil rights attorney Benjamin Crump said in a statement that he was representing the family of the man, whom he identified as George Floyd.

“We all watched the horrific death of George Floyd on video as witnesses begged the police officer to take him into the police car and get off his neck. This abusive, excessive and inhumane use of force cost the life of a man who was being detained by police for questioning about a non-violent charge,” Crump said.

“We will seek justice for the family of George Floyd, as we demand answers from the Minneapolis Police Department,” Crump added. “How many ‘while black’ deaths will it take until the racial profiling and undervaluing of black lives by police finally ends.”

A statement from the Minneapolis Police Department released early Tuesday said the officers had responded to a report of a forgery in progress and found the suspect in his car. He stepped out of the car when he was ordered to, police said, but then physically resisted officers.

“Officers were able to get the suspect into handcuffs and noted he appeared to be suffering medical distress,” the statement said. “Officers called for an ambulance. He was transported to Hennepin County Medical Center by ambulance where he died a short time later.”

Initially, police said that the department had called in the Minnesota Bureau of Criminal Apprehension to independently investigate. A short time later, the department announced the FBI would also be investigating.

“We put out the information that we believed to be wholly honest and true. As we dug into it deeper, we realized that in fact it would be appropriate to have the FBI be apart of this investigation as well,” said the department’s director of public information, John Elder.

Police Chief Medaria Arradondo added during a news conference Tuesday morning, “There was additional information that I had received, quite frankly, from a community source that just provided more context than what I had preliminarily, originally.” This prompted him to get the FBI involved “knowing that there could be a question of civil rights.”

Federal agents were on the ground, Arradondo said. Body camera video was available, but has not been made public. Police said no weapons were used by anyone involved in the incident.

The Police Officers Federation of Minneapolis said it supported the involved officers, who were cooperating with the investigation.

“Now is not the time rush to judgement and immediately condemn our officers,” a statement from the organization said. “We must review all video. We must wait for the medical examiner’s report.”

Minnesota Department of Public Safety Bureau of Criminal Apprehension said investigators would like to speak with anyone who recorded or witnessed the incident. The bureau would be sharing its findings with the FBI and presenting the completed investigation to the Hennepin County Attorney’s Office for review.

“What we saw was horrible, completely and utterly messed up,” Mayor Jacob Frey said of the video during the news conference. “I believe what I saw, and what I saw was wrong at every level.”

“This man’s life matters,” Frey said. “He should not have died, he was a human being and his life mattered. … Whatever the investigation reveals, it does not change the single truth that he should be with us this morning.”

“Being black in America should not be a death sentence,” Frey said. “When you hear someone calling for help, you are supposed to help, and this officer failed in the most basic human sense.”

protest was planned for Tuesday night at the scene of the incident. Frey encouraged protestors to express their anger, but asked them to do so safely and while social distancing.

Jovanni Thunstrom, the owner of Conga Latin Bistro, said Floyd had worked there as a security guard for more than five years. He said Floyd was also a friend and had been a tenant of his.

He wrote on Facebook that he first saw the video and later found out the person who died was Floyd. He said he was writing the post through teary eyes.

“My employee George Floyd was murdered by a police officer that had no compassion, used his position to commit a murder of someone that was begging for his life,” Thunstrom wrote.

asked people who remembered the “gentle giant,” who worked as a security guard at the Minneapolis bar and restaurant, to “please stand with us.”

“Everyone who knows him knew he loved his hugs from his regulars when working as a security guard and would be mad if you didn’t stop to greet him because he honestly loved seeing everyone and watching everyone have fun,” Thunstrom wrote on Facebook.

“We heard his repeated calls for help. We heard him say over and over again that he could not breathe,” Klobuchar said. “And now we have seen yet another horrifying and gut-wrenching instance of an African American man dying.”

Autopsy: Rayshard Brooks died of ‘gunshot wounds of the back’

They broke his face in five places’: Father of man beaten, African-American leaders demand justice after 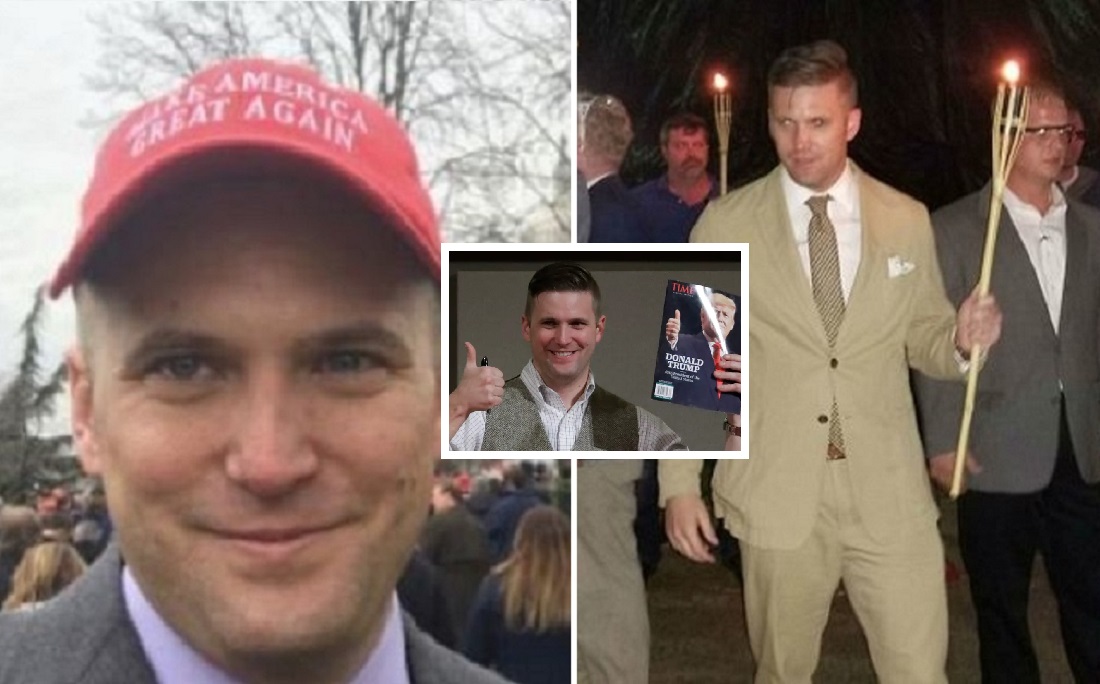 White nationalist Richard Spencer has said he will be backing Democratic candidate Joe Biden in November’s election after previously distancing himself from Donald Trump.

Spencer, who was one of the key figureheads of the alt-right movement, tweeted how he is “on Team Joe” on Monday, adding in a self-made campaign slogan, “Liberals are clearly more competent.”

In a series of tweets, Spencer further explained his reasoning for backing Biden.

“The MAGA/Alt-Right moment is over. I made mistakes; Trump is an obvious disaster; but mainly the paradigm contained flaws that we now are able to perceive. And it needs to end,” Spencer wrote. “So be patient. We’ll have another day in the sun. We need to recover and return in a new form.”

In another tweet, Spencer added: “I will never flip on my fundamental principles. (My principles were never voting for the supposed ‘the lesser or two evils’ or ‘stopping big government.’)

“Walking into certain defeat, even death, is not heroic. It’s foolhardy. I have no sympathy for martyrs. I admire winners.” 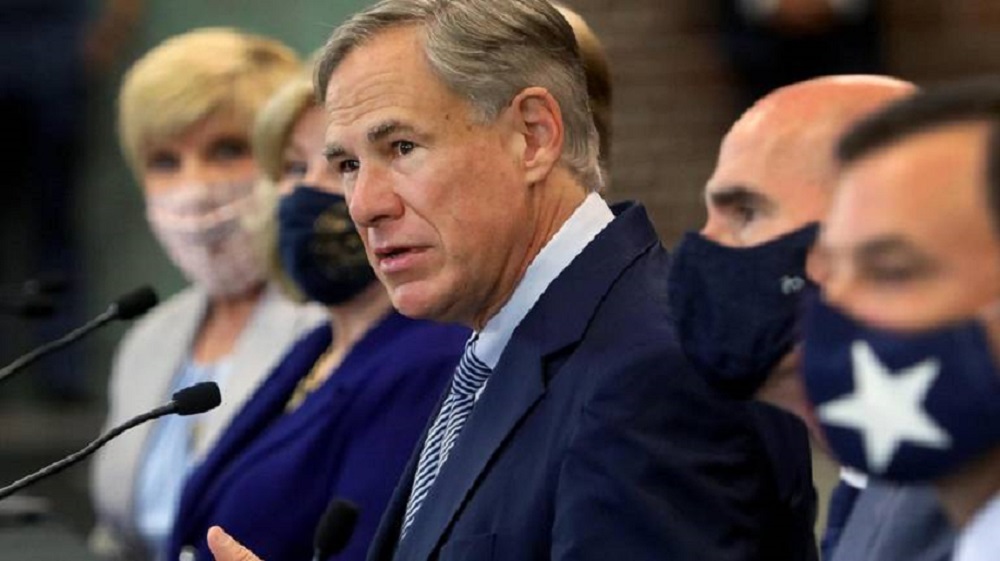 Governor Greg Abbott was joined by Lieutenant Governor Dan Patrick, Speaker Dennis Bonnen and Fort Worth Mayor Betsy Price for the press conference addressing the defunding of police departments in cities across the state.

Last week the Austin City Council voted to cut the police department’s budget by about one-third and move the money to social services. Today Gov. Abbott announced new actions that will be taken against municipalities that do the same.

“To maintain the safety that our communities deserve today we are announcing a legislative proposal that will discourage defunding law enforcement in Texas,” he said during the afternoon press conference. “Any city that defunds police departments will have its property tax revenue frozen at the current level. They will ever be able to increase property tax revenue again if they defund police.”

The governor went on to say, “Cities that endanger residents by reducing law enforcement should not then be able to turn around and go back and get more property tax dollars from those same residents whose lives the city just endangered.”

The City of Austin voted to move some $21 million to fund local social services and community resources — including response to the coronavirus, mental health aid programs, violence prevention, victim services and food, housing and abortion access. Another $80 million is set to be redistributed to similar city services, and $49 million will be spent on the Austin Reimagine Safety Fund, which aims to provide alternative forms of public safety and community support besides policing. 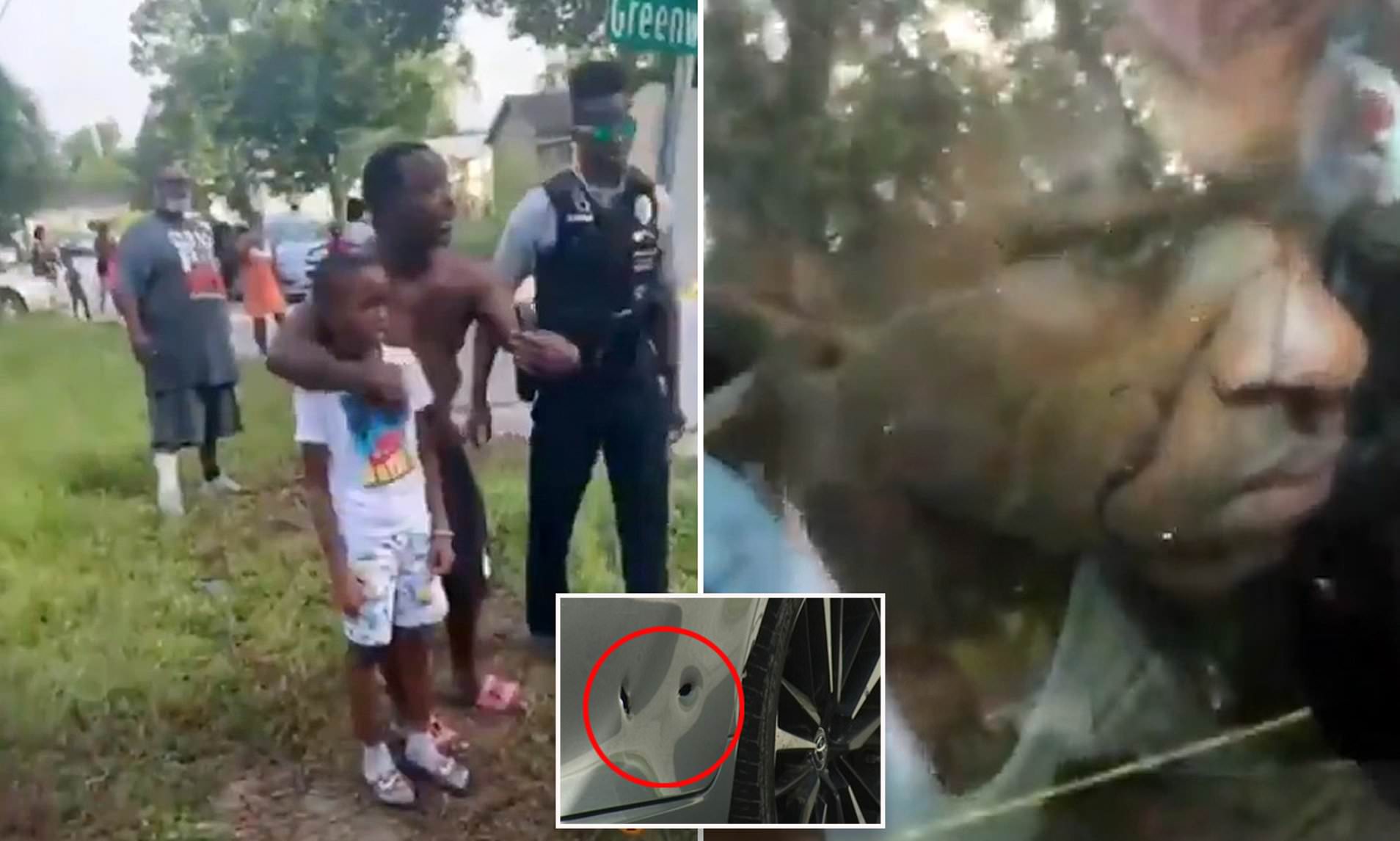 A Georgia family says police officers opened fire at a car containing five children ages nine to 16, shooting at the three youngest children as they exited the car and ran, before hitting the car itself and arresting the their two older brothers.

The Georgia Bureau of Investigations said in a statement that Georgia’s Waycross Police Department called them in to investigate an officer involved shooting that occurred in Waycross on Saturday at about 8am.

According to the GBI’s preliminary investigation, the incident began when Waycross officer saw a traffic violation at a cross street and attempted to get the car’s license plate number.

As the car approached another cross street, however, three children – ages nine, 12 and 14 – were seen getting out of the car and running away.

A second officer arrived at the scene as backup, while first officer followed the three children in his cruiser.

The second officer was said to have approached the car the children where in from the front, when the car drove towards him, at which point the officer shot at the car multiple times.

Two teen boys – ages 15 and 16 – were said to have gotten out of the car while it was still in drive.

After hearing the gun shots, the first officer returned to the scene where the car was stopped. The three running children were said to have gone home.

While the 15- and 16-year-old boys were being arrested, police said there was an altercation between the second officer and the 15-year-old, which left him with minor injuries that needed to be treated by EMS.

Full Video from the father of the 5 kids.