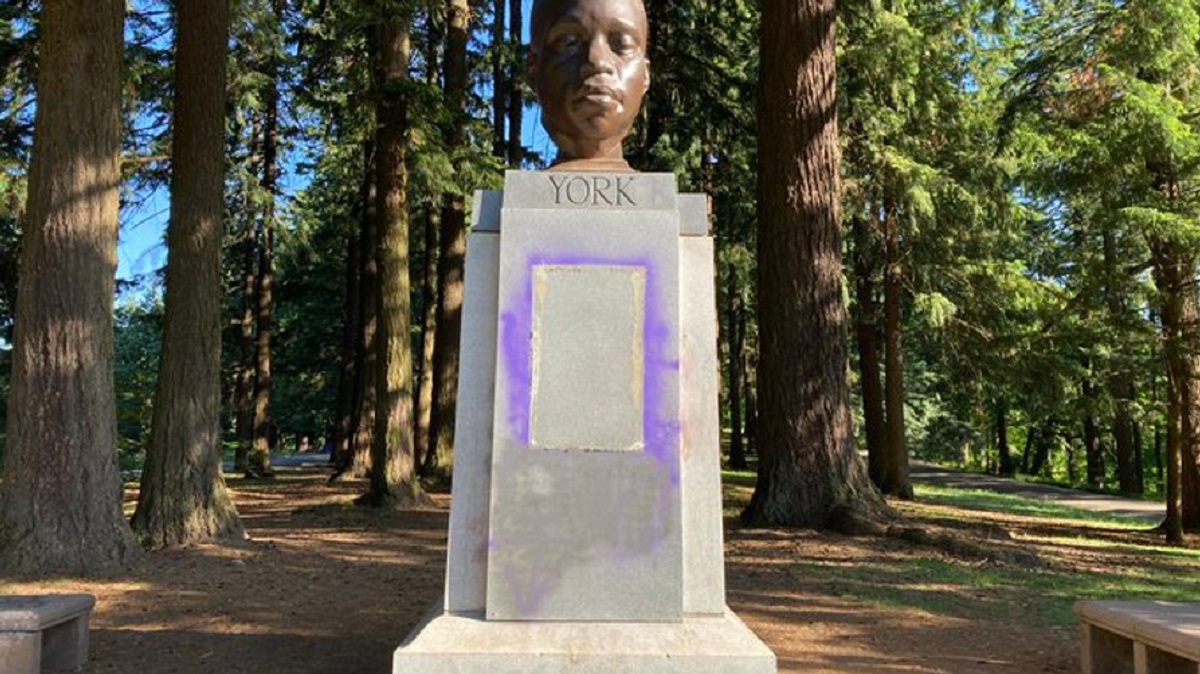 PORTLAND, Ore. — A woman is facing criminal charges after she was captured on video spray painting the bust of the only Black member of the Lewis and Clark expedition on Mt. Tabor on Tuesday.

Video shared shows a woman with cans of purple spray paint defacing the base of the statue of York. The footage has been shared widely on social media.

On Thursday, the Portland police identified the woman as 43-year-old Jeanette K. Grode. She was cited for second-degree criminal mischief, abuse of venerated objects, unlawful applying of graffiti and vandalism.

Portland Parks & Recreation said their maintenance team is working on removing the paint and determining the damage’s costs.

The bust mysteriously appeared in Mount Tabor back in February in the place of the Harvey Scott statue, one of several statues toppled in 2020.

York was an enslaved member of the Lewis and Clark Expedition Corps of Discovery, had been William Clark’s servant and his father before him was a slave to Clark’s father. York was also the first African American to cross North America and reach the Pacific Coast, with historical journals showing he was invaluable to the expedition.

Willamette Week reports this is the second time in three months the bust’s base has been defaced. Vandalism in the past has featured racial-justice slogans.

The motivation behind this new vandalism remains unclear. In the video, Grode says to others off camera she has “been prejudice against Black and Hispanic people” and replacing a statue of a white man with a Black man was “not unity.” She also says she would pay for damages.

The Harvey Scott statue stood in that place for 87 years before it was toppled in October. Scott was a well-known figure in Portland’s early history. He was a longtime editor and part-time owner of The Oregonian newspaper. According to the Oregon Historical Society’s website, Scott was a vocal conservative to many social reforms of the time including women’s suffrage. 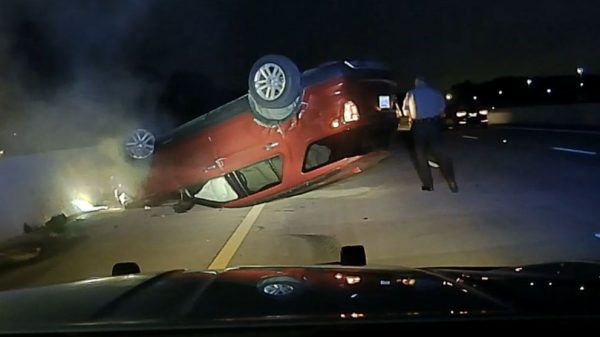 PULASKI COUNTY, AR. – An Arkansas woman is suing the state patrol over a trooper’s use of a pit maneuver in July 2020 to...