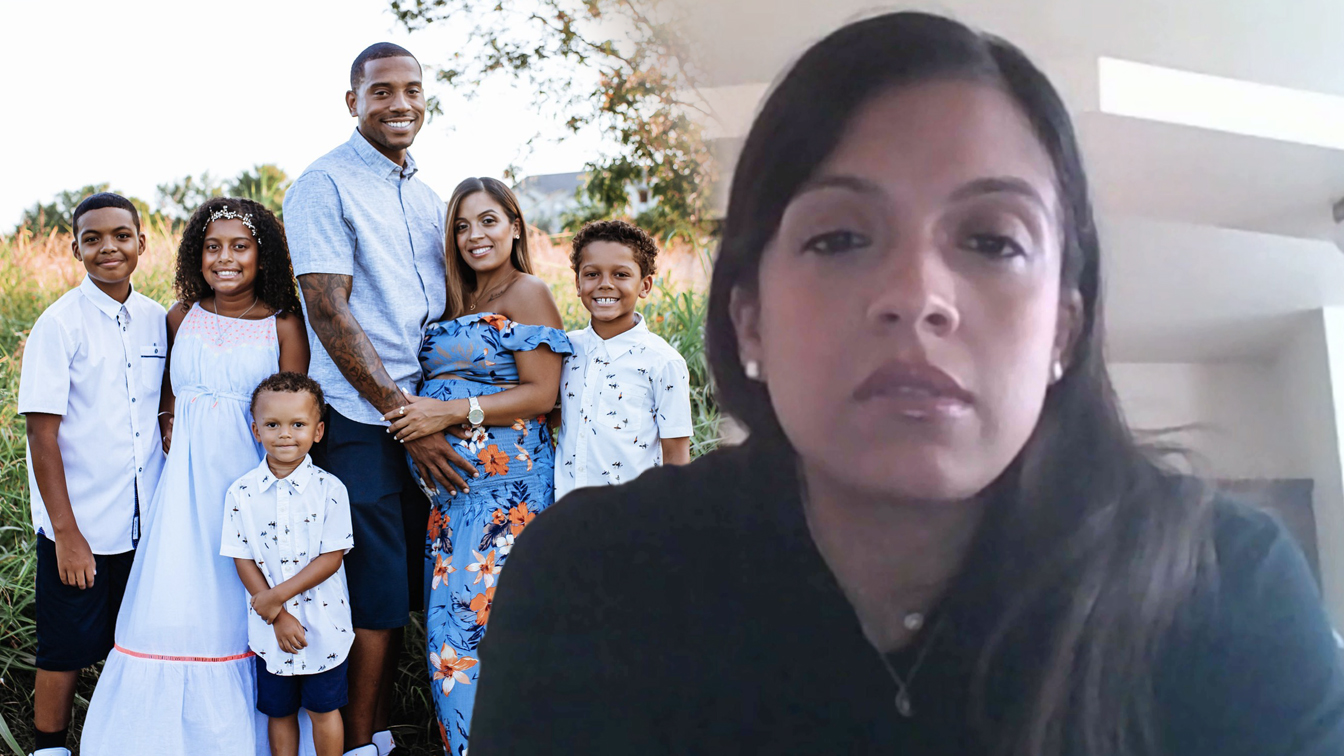 LaRue Bratcher, a 34-year-old Black Army veteran from Oklahoma, remains behind bars on a charge of first-degree murder more than a year after he shot and killed a white man for allegedly trying to break into his marijuana grow business. With his trial date delayed until later this year, Bratcher’s family, friends and members of the Oklahoma City community are rallying behind him, saying the murder charge is unjust. “I feel like this was an injustice for the simple fact that if the roles were reversed, if this was a white person inside the facility, he would not be in this situation,” Bratcher’s wife, Vicky Bratcher, said.

VICKY BRATCHER: It kind of was like serving this country and then going– sitting down at his bond hearing, the one that he had almost a year ago– it was mostly like a slap in the face. Because they used our experience to the– you know, to being a veteran as we become a threat to the community.

I am Vicky Bratcher, wife of LaRue Bratcher. We’ve got five kids. And I can’t wait to the day LaRue Bratcher comes home from this nightmare that he’s going through from defending his life, you know, from a burglar. On May 27, 2020, LaRue Bratcher was burglarized the morning of. He owns a grow operation that has a warehouse.

That evening, the same man that burglarized the place came back that evening, late at night. It was approximately like almost 1:00 o’clock in the morning to try to burglarize the facility again. But at that time, my husband was there, not knowing that this man was going to come. Not knowing what was going to happen.

My husband was afraid for his life like anybody else would be. Because you never know what actions do you take during that time.

CHASE HORN: LaRue Bratcher told police he saw someone enter his property through this hole in the fence. He grabbed his gun. Then when he heard the person at the back door, he fired three shots through the door, hitting and killing 42-year-old Daniel Hardwick.

VICKY BRATCHER: Well, it’s been a year. And yes I am– I’m like distraught. I am– right now, I feel deflated at the fact that we were supposed to start trial as of this week and it got pushed back till October 11 now. My heart is broken. I’m not going to lie.

At one point, LaRue did have a license. LaRue never moved– he never made it like I was hiding my facility. Because no, the city knew that that was a grow house. You know? Yes, when LaRue’s license expired, a lot of things happened.

It’s not like he never tried to not comply with the state. It was hard because of the simple fact that the state changed their compliance. Now, they made it so much harder for us small business owners to try to do the upgrades.

He served in the army for approximately six years. He’s been deployed to Iraq and then he did a civilian tour in Afghanistan. I was medically retired from the military. I served 11 years and I’ve been to Iraq and Afghanistan myself.

I served this country. We’ve been fighting for this country and at the end of the day, it pretty much– you come home, and it doesn’t mean anything to anybody.