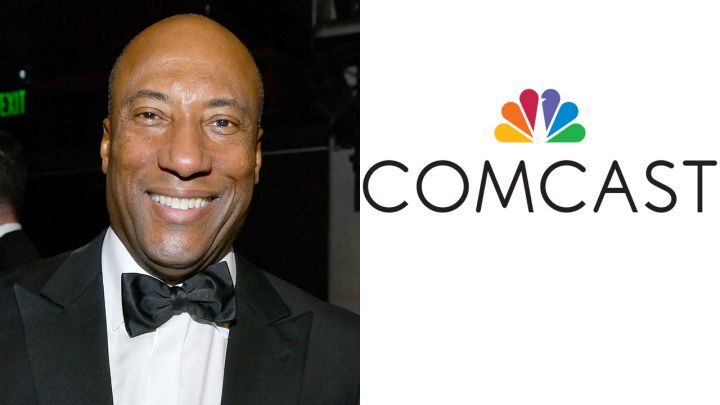 Locked in a U.S. Supreme Court-bound $20 billion racial discrimination lawsuit with Byron Allen’s Entertainment Studios, the alliance between Comcast and Donald Trump’s Department of Justice has now roused the scrutiny of the National Association for the Advancement of Colored People – and it might prove a bridge too far for the media giant.

“On Nov. 13th, the Supreme Court will hear one of the most important civil rights cases to come before it this term,” the venerable 110-year old civil rights organization said in a statement Friday of the long-fought legal action instigated by Allen.

“Comcast – the second largest broadcasting and cable television company in the world – is poised to take an unprecedented step,” the NAACP added. “Because of a dispute with a Black businessman, the company has urged the Supreme Court to roll back the crucial protections of one of the nation’s oldest civil rights laws, Section 1981 of the Civil Rights Act of 1866.”

“Although the NAACP takes no position on the underlying dispute, we have decided to take the lead on this issue,” the group, founded by W.E.B. Du Bois, Moorfield Storey and Mary White Ovington among others, asserted. “We urge Comcast to cease its attack on Section 1981 of the Civil Rights Act of 1866; a bedrock civil rights statute that has been in place for more than 150 years.” (Read the NAACP’s fulls statement below).

The measured move by the NAACP has extra weight when you consider that Allen actually sued the group for big bucks a few years ago along with Al Sharpton and several others for taking “sham” diversity funding from the likes of Comcast.

Squaring off against Allen the past several years, the MSNBC-owner received a gift-wrapped present from the Trump administration on August 15 when the DOJ filed a brief that seeks to tighten the definitions of the Reconstruction Era statute in Comcast’s favor. The restriction would be a detriment to Allen and Entertainment Studios in the SCOTUS case if adopted.

“This case arises from a frivolous discrimination claim that cannot detract from Comcast’s strong civil rights and diversity record or our outstanding record of supporting and fostering diverse programming from African-American owned channels,” a Comcast spokesperson said Friday in response to the NAACP’s remarks.

“We have been forced to appeal this decision to defend against a meritless $20 billion claim, but have kept our argument narrowly focused,” the rep for the Philadelphia HQ’d company added. “We are not seeking to roll back the civil rights laws – all we are asking is that the Court apply section 1981 in our case the same way it has been interpreted for decades across the country.”

Comcast was threatened with a boycott earlier this month by the the Los Angeles Urban League over the pitched legal battle.

With his filing of suits in 2015 and 2016, Allen’s POV has been that Comcast and Charter violated the Civil Rights Act after he unsuccessfully tried for years to get the cable systems to carry his networks, which were available to millions of viewers through rival distributors including Verizon, Dish and the now-AT&T-owned DirecTV.

The African-American executive said he has been rebuffed repeatedly, and in his mega-bucks suit made it very clear that he believes race played a factor because Entertainment Studios is a fully minority-owned entity.

Unsurprisingly, both Comcast and Charter in their respective responses and lawsuits have sworn up and down that race was not a factor in the carriage deals or lack thereof. Also, unsurprisingly, Comcast and Charter have sought to have the suits tossed out of court. When they failed in that effort to end a case they framed as a form of corporate expression, SCOTUS was the next venue – with a little help from their friends at the Justice Department.

The feds’ brief frames the statute to require that Entertainment Studios has to prove race was not merely a motivating factor, as the 9th Circuit interpreted the statute earlier this summer. Now, if the SCOTUS goes along for the ride, Allen’s lawyers could be required to prove that race was absolutely the only reason Comcast didn’t place the company’s channels on its distribution services and platforms.

A hearing before the High Court is currently scheduled for November 13 on the now even more highly charge matter, with DOJ lawyers literally in the room to directly plead part of the case for Comcast.

In anticipation of that hearing and in reaction to the NAACP, Entertainment Studios chairman and CEO Allen said: “I praise the NAACP and the leadership of Derek Johnson in protecting our civil rights in this Donald Trump era.”

“Brian Roberts and David Cohen, on behalf of over 100 million minorities in America, I am publicly inviting you to sit down and resolve this matter before it is too late,” Allen said to the Comcast top execs. “Even if Comcast wins in the U.S. Supreme Court, Comcast will lose in the court of public opinion, which you will find to be very costly and completely unnecessary.”

It should be noted that AT&T settled a similar dispute with Allen in December 2015 after the exec sued the telecommunications corporation for $10 billion over discrimination. Awaiting federal approval of its then shiny purchase of DirecTV, the telco picked up Comedy.TV and Justice Central.TV on the third to last day of 2015 with its U-verse service offering Comedy.TV, Recipe.TV, ES.TV, MyDestination.TV, Cars.TV, and Pets.TV.

Allen and Entertainment Studios are represented in the Comcast case by a team from Miller Bardondess LLP and University of California Berkeley School of Law’s Erwin Chemerinsky. Attorneys from Gibson Dunn & Crutcher LLP are working for Comcast in the matter.

Here is the NAACP statement:

In several weeks, the Supreme Court will hear one of the most important civil rights cases to come before it this term. Comcast – the second largest broadcasting and cable television company in the world – is poised to take an unprecedented step. Because of a dispute with a Black businessman, the company has urged the Supreme Court to roll back the crucial protections of one of the nation’s oldest civil rights laws, Section 1981 of the Civil Rights Act of 1866.

For more than a century, Section 1981 has been used as an important tool to combat race discrimination, particularly for employment discrimination claimants. Throughout the NAACP’s history, standard-bearers of justice like Thurgood Marshall have harnessed the power of Section 1981 to fight various forms of discrimination. Yet now, in a situation that has become all too familiar during this era, an upcoming Supreme Court decision has the potential to reject these lessons of history by rolling back the clock on basic civil rights.

Although the NAACP takes no position on the underlying dispute, we have decided to take the lead on this issue. We urge Comcast to cease its attack on Section 1981 of the Civil Rights Act of 1866; a bedrock civil rights statute that has been in place for more than 150 years.

A police chief is killed, by one of his officers, during a training retreat