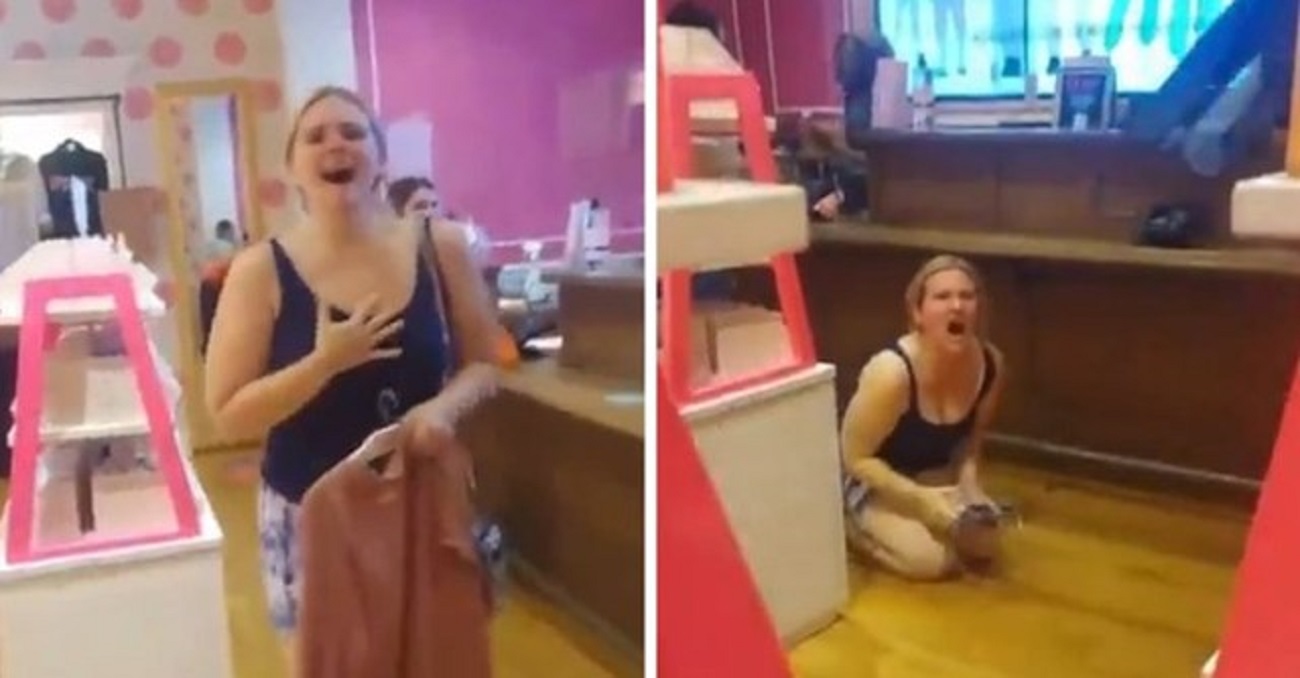 After seeing the video of “Victoria’s Secret Karen” go viral following her complete meltdown over a Black woman she attacked, the major retailer has issued out a statement.

A viral video has spread across the internet showing a white woman going crazy inside of a Victoria’s Secret store in Millburn, New Jersey. The woman can be seen attacking a Black woman before attempting to act victimized, The NY Post reports.

The video starts as the woman physically assaults Ijeoma Ukenta, a fellow shopper who was waiting to be serviced by the cashier. The white woman broke down in a hysterical rage after Ukenta accused the “Karen” of trying to hit her.

The woman cries, yells, and pretends to pass out while demanding Ukenta to stop filming her. At one point, “Karen” even starts chasing Ukenta around the store in an attempt to snatch her phone away.

Ukenta says the woman was the aggressor from the beginning but played like the victim once Ukenta began filming. Since the viral incident, the video clip has received over 70,000 likes on Twitter and over 2,500 comments.

On Tuesday, Victoria’s Secret issued out a response to their store being included in the viral moment, PR Newsweek reports. “Associate and Customer safety is our top priority, and we are committed to creating a safe and welcoming environment for all,” the retailer captioned a tweet that included a lengthy statement on the viral incident.

“We are dedicated to continuing this critical conversation and demonstrating our commitment to diversity, equity and inclusion through our actions and our words,” the statement read.

Ukenta has since filed a complaint against the responding police officers and the mall security for not making her feel protected following the unwarranted attack.

UKENTA SAID SHE “DOESN’T REALLY HAVE ANY ISSUES WITH [VICTORIA’S SECRET STAFFERS]. NOW, IF THEY GIVE US PROBLEMS GETTING THE VIDEO, THEN WE’LL TALK ABOUT THAT. THAT’LL BE ANOTHER STORY.”