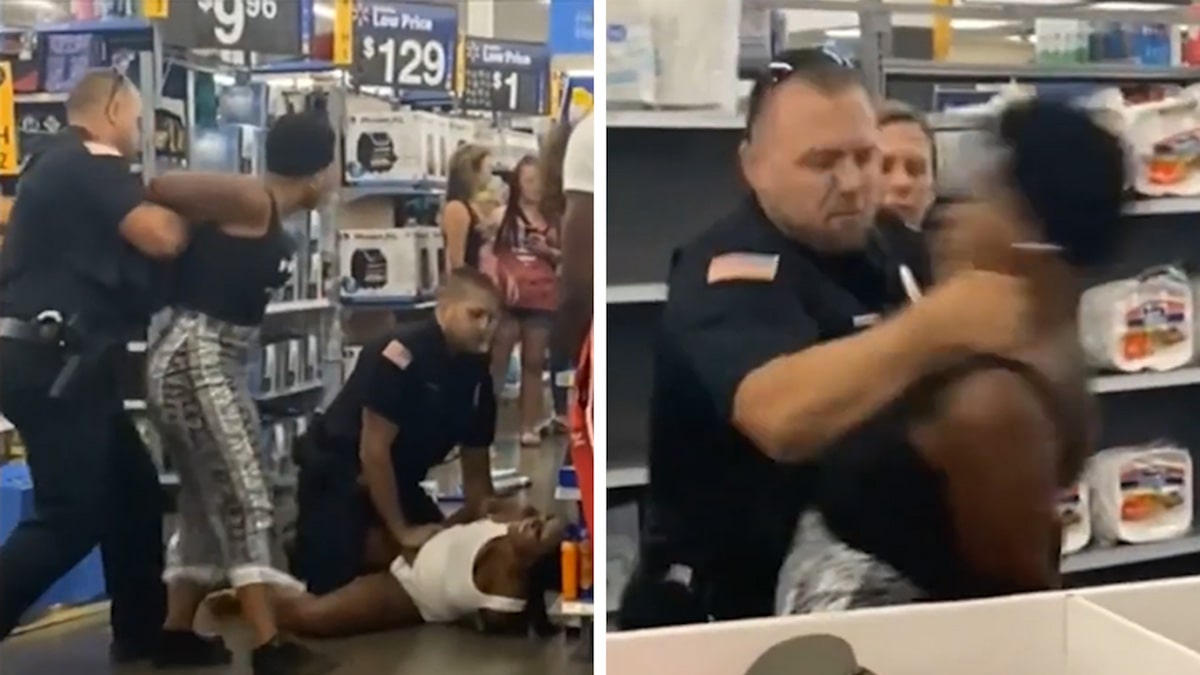 A police officer from upstate New York has been placed on leave after he seen punching a handcuffed woman in a lengthy video posted by the department.

The video of a July 4 incident at the East Syracuse Walmart is part of a 15-minute video released by the Dewitt Police Department. It shows Officers Corey Buyck and Spain in an altercation with two women. Buyck was seen swinging a woman to the ground, and Spain was shown punching another woman after it appears she attempted to bite him.

The woman’s name is Tyreana Edmonds, according to DeWitt Police. She is facing several charges including attempted assault of a police officer, second-degree harassment and disorderly conduct. The other woman, Tajenik Byrd, has also been charged with similar crimes, according to WSYR.

Dewitt police say around 4:55 p.m. on July 4 officers were dispatched after a report of several people fighting in the store, with employees being threatened and pepper spray being used on people, including children.

Police broke down the incident in a 15-minute video posted to Facebook on Friday.

Lt. Pace explains that as Spain tried to arrest Edmonds, she slumped to the ground and kicked a display of plastic boxes. Spain then dragged Edmonds by her handcuffs and one leg. She turned her head to try to bite Spain, who punched her in the face.

“Conclusions about whether the actions of the officers are consistent with department policies and the law will not be made until all the facts are known and the investigation is complete,” said Lt. Pace in the Facebook video.