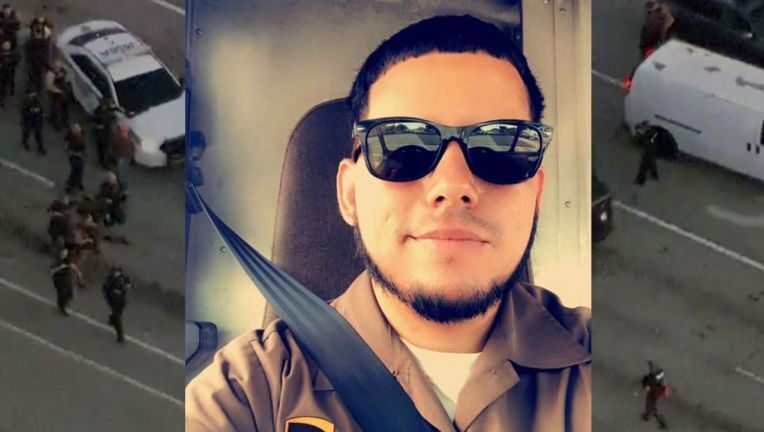 CORAL GABLES, Fla. – Frank Ordonez, 27, has been identified as the UPS driver who was killed in a shootout after his truck was hijacked on Thursday.

Ordonez was identified by his stepfather Friday morning as Frank Ordonez, a father to two young daughters.

Coral Gables police said the ordeal began with a robbery just after 4 p.m. at Regent Jewelers at 386 Miracle Mile. A woman was shot in the head at the jewelry store, though her condition wasn’t immediately clear, Miami’s WPLG-TV reported.

The two robbers reportedly sped away from the scene of the crime, ditched their initial getaway car and then jumped into a nearby UPS truck, commandeering the delivery vehicle and holding the driver hostage.

The civilian, who was also killed, was simply in the wrong place at the wrong time, dying in an idling car that just happened to be in the vicinity when the shootout occurred. According to WSVN, the bystander has been identified as 70-year-old Richard Cutshaw.

Both of the robbery suspects were also killed in the melee. The FBI identified them on Friday as Lamar Alexander, 41, and Ronnie Jerome Hill, 41, both of Miami-Dade County.

As the UPS truck cruised along Miramar Parkway, about 24 miles north of Coral Gables, dozens of police cars raced to pursue it. Meanwhile, rush-hour traffic in the area largely came to a standstill as terrified drivers waited for the brazen crooks and cops to pass.  Read More Here