There's a Horror Movie Called 'Karen' Coming Out and the Trailer Is...Interesting
Advertisement 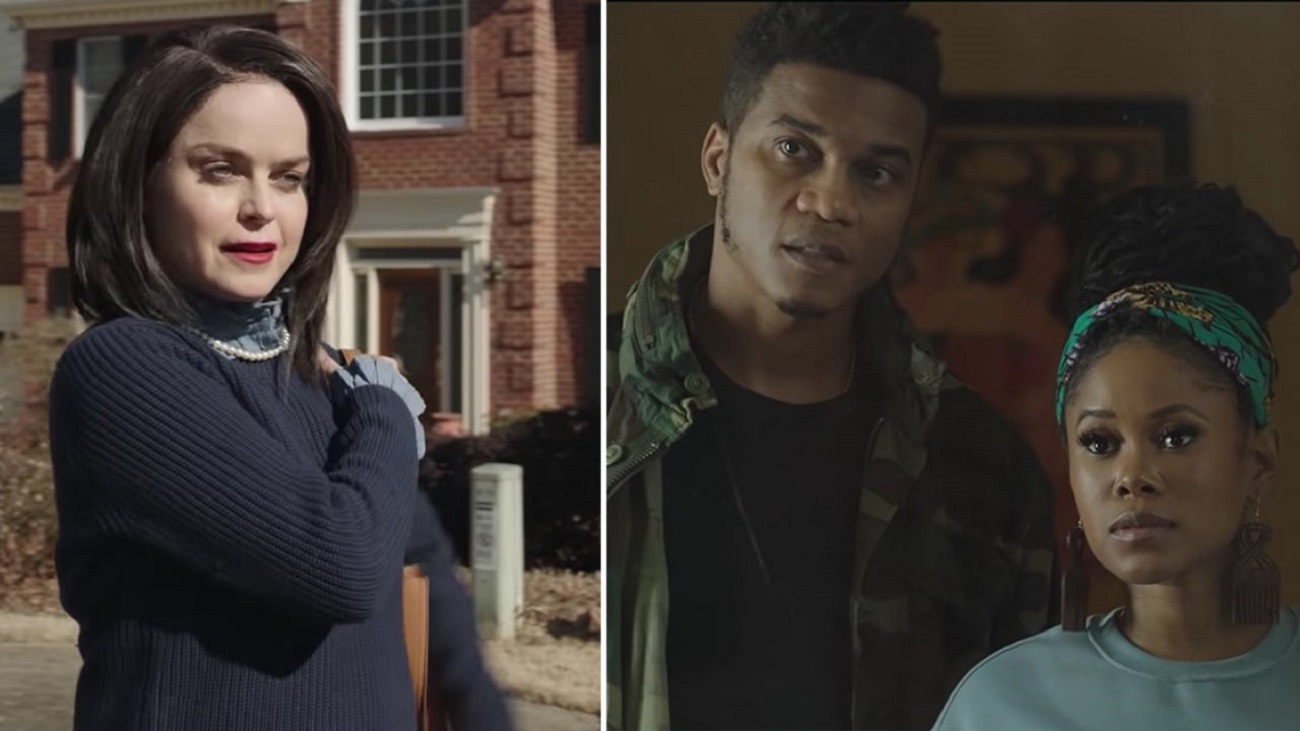 A movie inspired by the “Karen” phenom was bound to happen and, now, we have one!

The trailer for Coke Daniels’ Karen dropped on June 17, and the film premise follows the basic concept of dealing with a “Karen” with a horror spin. Orange Is the New Black‘s Taryn Manning stars as the eponymous neighbor from hell who makes it her mission to wreak violent havoc on the lives of her new Black neighbors. Cory Hardrict and Jasmine Burke portray community activist Malik and his wife, Imani, who have just moved to the Atlanta suburb.

The couple is initially wary of their seemingly harmless neighbor — even joking about the fact that they have a “white, entitled neighbor named Karen — before things get dangerous very quickly. Not only does Karen have a layered Supercuts bob, but she also has an in with the local police. Things get nasty quickly.

According to Deadline, Manning shared that she felt “a social responsibility” to take on the role. “Even if I had to play the villain to affect change around the globe, then I was more than willing to step into the role. What’s been going on is devastating. It’s time for change and for me to be a part of the bigger picture, meant a lot to me,” she added.

As the trailer shows, Manning’s Karen kicks off common microaggressions against her neighbors that quickly become macro as they refuse to be scared from their new home. She installs invasive security equipment, reprimands them about their trash bins, makes references to slavery, calls the police on teenagers while pretending to be frightened and eventually gets some crooked cops to terrorize the family. “Bad things happen to people that don’t comply,” she says in the trailer’s final moments.

The teaser has sparked comparisons to Jordan Peele’s Get Out and reignited the conversation on how Black trauma continues to be a source of inspiration for media.

Karen currently has no release date.

In this article:Horror Movie, Karen, News