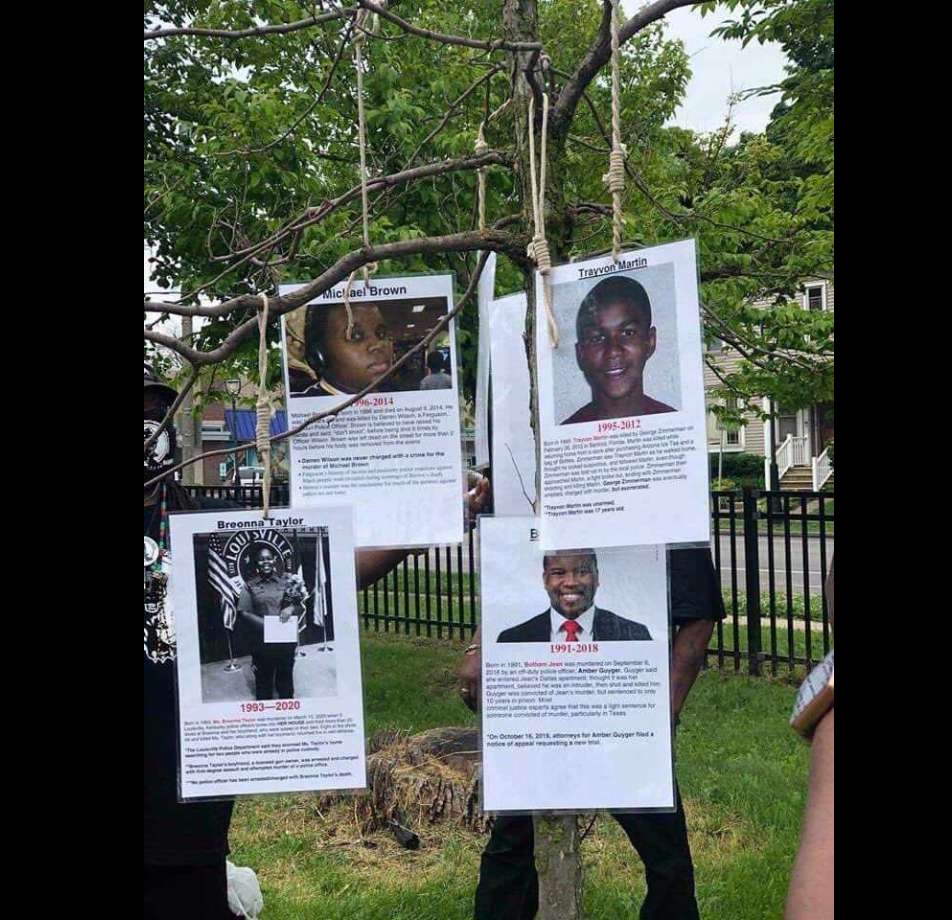 The laminated photos were tied with nooses.

They were removed Saturday evening.

Four of the six died at the hands of police.

“Historically, African Americans have been hung and lynched,” activist King Rick said. “I don’t care what anybody says, they can justify it all they want to. It was disrespectful not only to the memories of these individuals — our beloved individuals — but also to the African American community, so I’m not hearing it.”

They said the act was intolerable and unacceptable.

It’s not clear who hung the photos from the tree or why.

Police have not said whether they are investigating.

Related Topics:Black VictimsMilwaukeeNewsNoosesViolence
Up Next

3 men indicted on murder charges in killing of Ahmaud Arbery