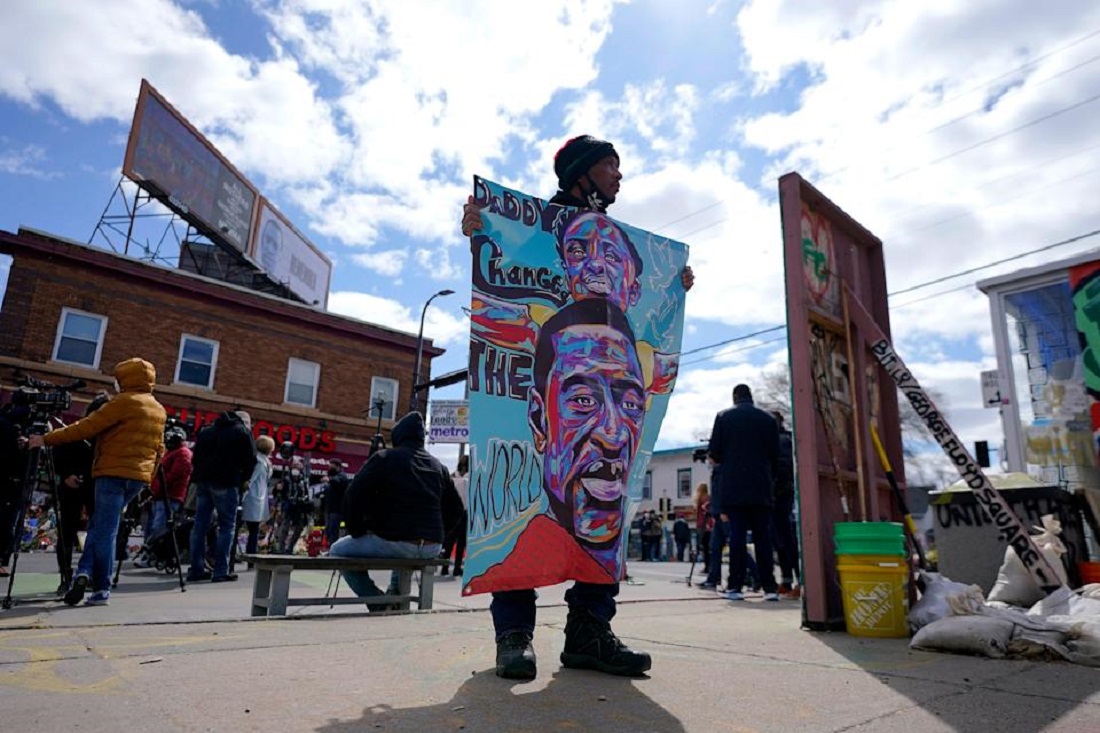 Minneapolis police on Tuesday responded to reports of shots fired near George Floyd Square, the intersection where Floyd died last year, as community members gathered to mark the anniversary of his death.

A caller reported a suspect’s vehicle left the area “at a high rate of speed,” police said in a statement. An individual with a non-life-threatening gunshot wound was being treated at a local hospital, according to police.

“This is an evolving incident,” police spokesperson John Elder said. “No further information is available at this time.”

Philip Crowther, an Associated Press journalist shooting video at the intersection, reported hearing as many as 30 gunshots about a block east of the intersection, and said a storefront window appeared to have been broken by a gunshot.

“Very quickly things got back to normal,” Crowther said. “People here who spend a significant amount of time, the organizers, were running around asking, ‘Does anyone need a medic?’”

Crowther shared footage of the moment gunshots rang out in the square on Twitter.

The intersection of 38th and Chicago in front of Cup Foods has been barricaded to traffic and preserved as a memorial to Floyd. His death sparked months of protests worldwide against police brutality and systemic racism.

The three other former officers accused of aiding and abetting Chauvin will stand trial in March 2022. All four men have also been indicted by a federal grand jury with violating Floyd’s civil rights during his arrest.

The intersection has been transformed into an outdoor festival for the “Rise and Remember George Floyd” celebration, including a candlelight vigil at 8 p.m. The event follows several days of marches and rallies across the country marking the one-year anniversary of Floyd’s death.

Meanwhile, Tuesday, The George Floyd Memorial Foundation planned a celebration of life at Commons Park in downtown Minneapolis with activities for families, performances and guest speakers.