‘She Was Born a Leader’: Civil Rights Pioneer Gloria Richardson Dies at 99 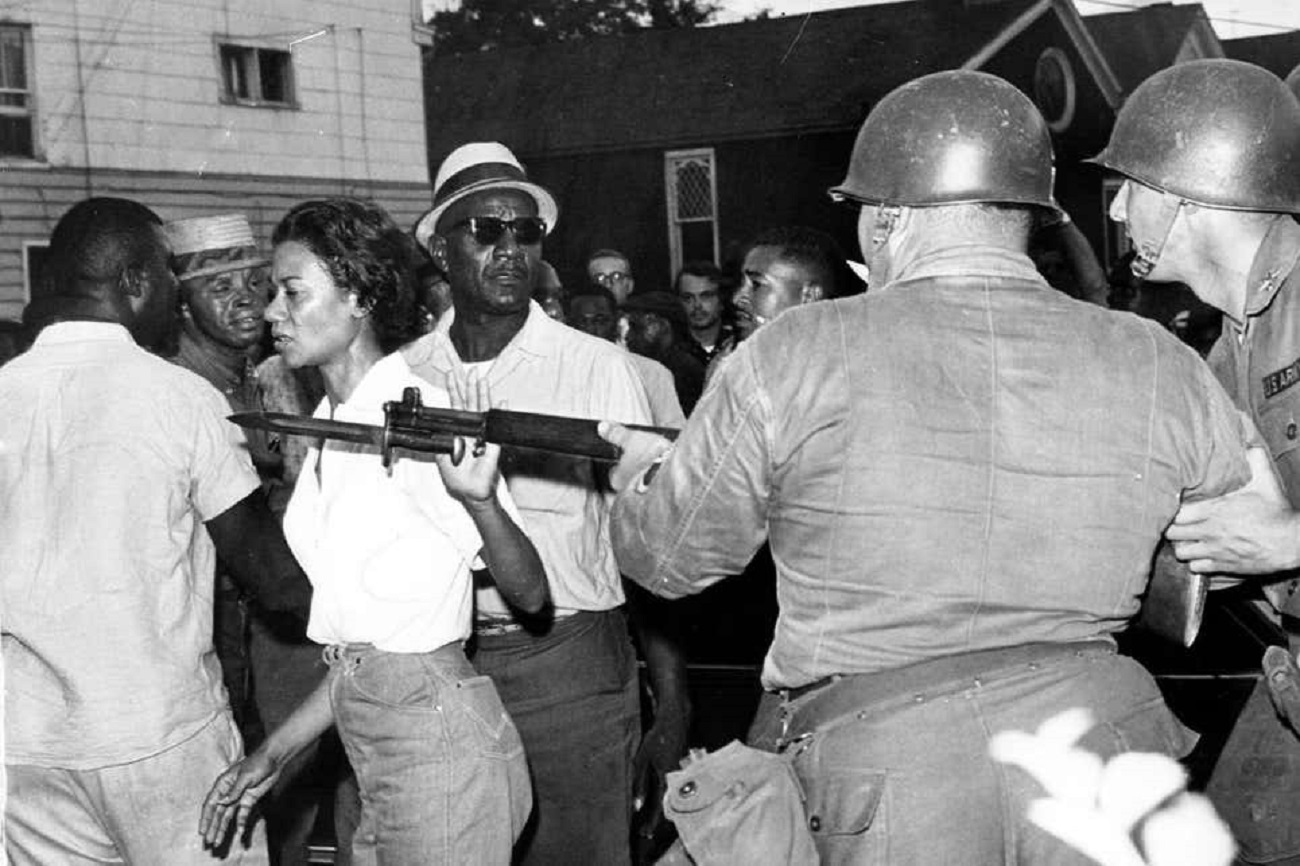 Civil rights activist Gloria Richardson, whose fearlessness was famously immortalized in a photo of her pushing away a National Guardsman’s bayonet during a 1963 protest, has died at age 99.

Tya Young, her granddaughter, told the Associated Press that Richardson died in her sleep Thursday. She was one of the few women with leadership roles during the civil rights movement, and as The Root reported back in 2015, her actions continue to inspire various Black activists to this day.

Richardson was born in Baltimore. Her family later moved to Cambridge, Md. when she was six. She attended Howard University at 16 and graduated with sociology degree in 1942. In the early 1960s, Richardson joined the Student Nonviolent Coordinating Committee, and later worked with other community members to start the Cambridge Nonviolent Action Committee in 1962.

“Cambridge was built on the SNCC model,” Richardson says. “It may have been 400-500 people who helped with the movement.”

But CNAC did differ from SNCC in one key area: “We weren’t nonviolent,” Richardson says. “White folks would come there shooting at your houses, and people responded.”

As the black community became more vocal in demanding equal rights, tension began to escalate. In June 1963, businesses went up in flames as both blacks and whites took up arms, Richardson says. “It was like a little war, really,” she says. “In a certain period of time, it was almost every night.”

The National Guard was eventually called in as a result of the violence. Richardson met with then-U.S. Attorney General Robert Kennedy and other leaders to broker the “Treaty of Cambridge” in July 1963, which ordered equal access to public facilities in the city. Richardson signed it, but never agreed to end the protests in Cambridge. The treaty ultimately failed after the local government demanded that it be passed by a local referendum.

That same year, Richardson was also on stage at the March on Washington as one of six women listed on the program. She was not allowed to speak.

The passage of the Civil Rights Act of 1964 led to a slowing down of the Cambridge movements, and eventually, the National Guard left the city. Richardson resigned from the CNAC in 1964, married her second husband, and moved to New York City–where she continued to work out of the spotlight.

Richardson’s granddaughter Young told the AP that she didn’t seek recognition for her actions in Cambridge.

“She did it because it needed to be done, and she was born a leader,” Young said.