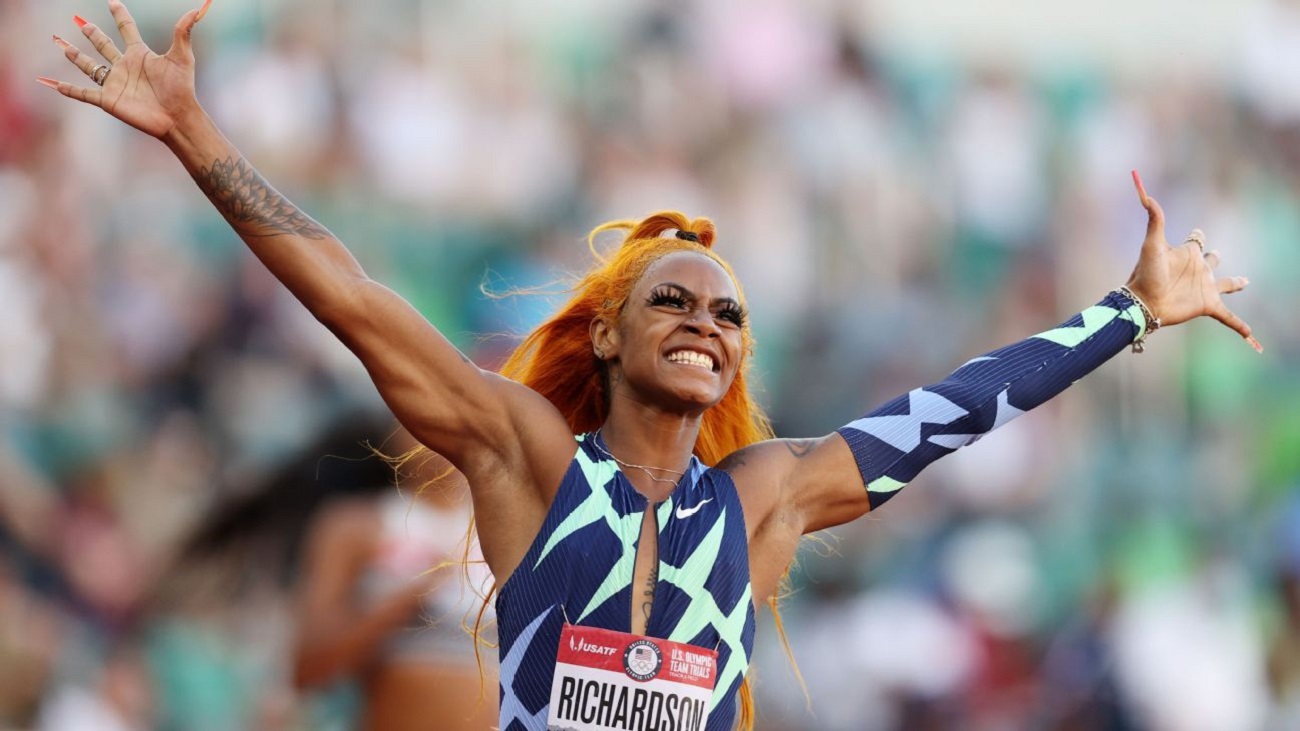 Minutes after securing her first Olympic berth on Saturday following a dominant victory in the 100 meters, American sprinter Sha’Carri Richardson revealed during an emotional post-race interview that her biological mother died last week.

Immediately after earning her spot as part of the U.S. Track & Field contingent for Tokyo, Richardson ran into the stands and embraced multiple family members. She was then asked by NBC about the moment.

“My family has kept me grounded,” Richardson said. “This year has been crazy for me. Going from just last week, losing my biological mother, and I’m still here.”

Asked to repeat what she had just said, Richardson said, “I’m still here. Last week, finding out my biological mother passed away and still choosing to pursue my dreams, still coming out here, still here to make the family that I do still have on this earth proud. And the fact [is] nobody knows what I go through. Everybody has struggles and I understand that, but y’all see me on this track and y’all see the poker face I put on, but nobody but them and my coach know what I go through on a day-to-day basis.

Richardson did not offer any additional details about her mother’s death.

Richardson, 21, is competing in her first Olympic trials this week at Hayward Field in Eugene, Oregon. She won the 100 meters with a time of 10.86 seconds, 0.13 seconds faster than second-place finisher Javianne Oliver.

It has been a breakout year for Richardson. After turning professional following a decorated freshman season at LSU, which saw her claim the 2019 NCAA title in the 100 meters, Richardson has burst onto the world stage in recent months. She recorded the second-fastest time in the event in the world this year, and her time of 10.72-seconds at the Miramar Invitational in April was then the sixth-fastest time in history. It has since been surpassed by Jamaica’s Shelly-Ann Fraser-Pryce, who recorded a 10.63 earlier this month.

Richardson ran a wind-aided 10.64 in her semifinal heat earlier on Saturday, and she pointed to the time clock as she crossed the finish line.

She will look to become the first American woman to win gold in the event since Gail Devers in 1996.

Richardson will next be competing in the 200 meters, which gets underway on Thursday. She has the fastest qualifying time in the field with 22.11 seconds.