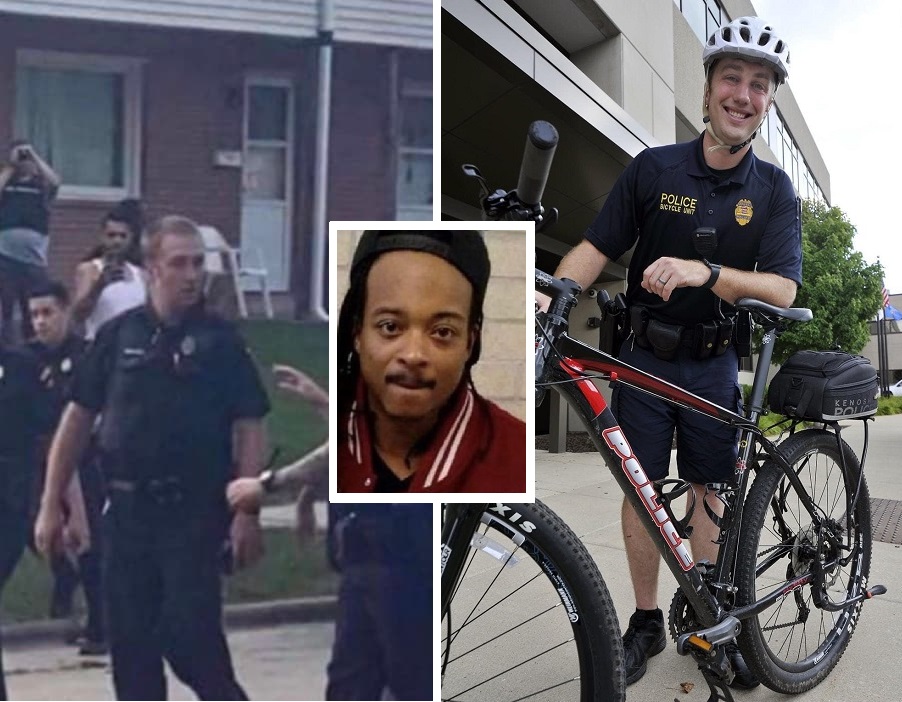 According to ABCWISN, The Wisconsin Department of Justice on Wednesday identified the police officer who shot Jacob Blake seven times in the back on Sunday.

Investigators say officers were called to a home in the 2800 block of 40th Street after a female caller reported that her boyfriend was present and was not supposed to be on the premises.

During the incident, officers said they tried to arrest Blake, 29. Officers deployed a Taser to attempt to stop Blake, but it didn’t stop him, the investigators said.

Blake walked around his vehicle, opened the driver’s side door, and leaned forward. While holding onto Blake’s shirt, Officer Rusten Sheskey fired his service weapon seven times into Blake’s back, the DOJ said.

No other officer fired their weapon, the DOJ said.

Blake was in serious condition at Froedtert Hospital in Milwaukee as of Monday.

In a Facebook video posted around noon Monday, Blake’s father said Blake was out of surgery and in stable condition.

Two people who live in the Kenosha neighborhood Blake has called home for about two years said he has five children ranging in age from 3 to 7 and a fiancee.

The man, who lives across the street from Blake on the 2800 block of 40th St., said when he went to the store about 15 minutes before the shooting, Blake was barbecuing with his kids. When the neighbor returned shortly after 5 p.m., Blake was trying to break up a fight. Seven or eight police officers arrived. They wanted to talk with Blake, but he wasn’t interested and started putting his kids in the car to leave, the neighbor said.

Jacob was unarmed and shot 7 times in front of his children.

Video of Sheskey on Youtube ‘Cold water challenge’ from 2014

Attorney Ben Crump has been retained to seek Justice for the family.

We are demanding Justice for Jacob Blake!

Demanding that Rusten Sheskey be FIRED NOW and charged.