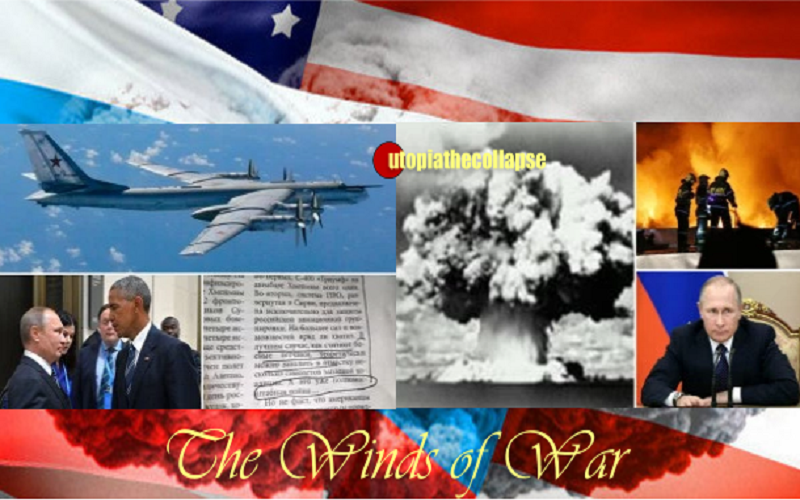 A RUSSIAN newspaper fears a Third World War with the US over Syria.

The US suspended contact with Russia over Syria on Monday.

Secretary of State John Kerry has been enraged by airstrikes on rebel-controlled areas of Aleppo.

Hundreds of innocents are believed to have been killed in the attacks.

In one article headlined ‘The stakes are higher than Syria’, the paper Moskovsky Komsomolets warns of a potential new war.

It states: “Just imagine that the US does what it has wanted to do for a long time and strike against Assad, not by mistake but on purpose and openly.

“Should Russia defend its ally or consider striking against the Americans but this would definitely lead to a Third World War.

“Russia can win big in Syria but it can also lose big too. We must not forget that in Syria we are playing an astonishingly risky game.”

Moskovsky Komsomolets adds that even its country’s own fighters would not be confident in a war with the US.

“According to our fighter pilots, the best we could do is shoot down a few coalition forces but this would mean a full-scale war,” it added.

Veteran broadcaster Vladimir Pozner told the BBC: “There’s a real feeling now that America is out to prove it is the only superpower.

“The continued expansion of Nato is seen by the Russian leadership, perhaps incorrectly, is seen as being a real threat.

“There is a danger of real confrontation, perhaps leading to some kind of military engagement and war.”

It has previously been reported that Putin is preparing for war with the West.

Russia is already staging a massive evacuation drill to prepare for nuclear war.

More than 200,000 emergency services personnel and soldiers will use 50,000 pieces of equipment during the civil defence exercise.

As tensions rise in the middle East, an official TV channels in Russia has issued a chilling warning that war with the West could be imminent.

Officials said on Friday that underground shelters had been built which could house 12 milion people – enough for the entire population of Moscow.

Russia has clashed with the Western powers over its policy in Syria – where it’s accused of bombing civilians – and the U.S suspended negotiations with the country yesterday.

Both Russia and NATO are still in the position to unleash global-scale nuclear attacks – and the weapons are armed and ready.