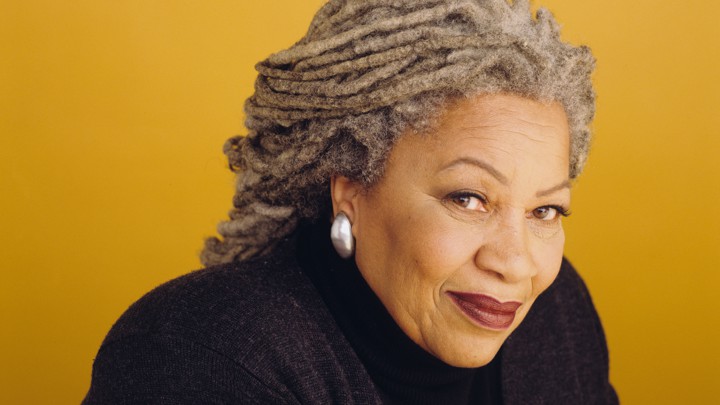 The author, teacher, Nobel laureate, and grande dame of American letters has died at the age of 88.

Toni Morrison, the Nobel laureate, Pulitzer Prize winner, and peerless American author, died yesterday at the age of 88. Since the publication of her debut novel, The Bluest Eye, in 1970, Morrison has been established as one of the most powerful and distinct voices in literature, a lyrical chronicler and witness to the African American experience. Her 1987 novel, Beloved, the story of a former enslaved person who is haunted by the child she killed, won the Pulitzer Prize for Fiction in 1988, and was named the best work of American fiction of the late 20th century by The New York Times in 2006.

Morrison was born in Lorain, Ohio, in 1931, the daughter of a welder and a homemaker who encouraged her to read literature and taught her folktales and spirituals at home. After graduating from Howard University, she taught English literature, eventually becoming an editor at Random House, where she fostered and promoted a generation of black writers. The Bluest Eye grew out of a short story she’d written in high school about a young African American girl who dislikes her own appearance and yearns for blue eyes, which she associates with whiteness and with beauty. Morrison wrote the book, she said in an interview in 2014, “because I wanted to read it. I thought that kind of book, with that subject—those most vulnerable, most undescribed, not taken seriously little black girls—had never existed seriously in literature. No one had ever written about them except as props. Since I couldn’t find a book that did that, I thought, ‘Well, I’ll write it and then I’ll read it.’”

Although The Bluest Eye received little critical attention and mainstream success at the time, it helped introduce Morrison to Bob Bernstein, the then-president of Random House, and to Robert Gottlieb, the editor of novels including Catch-22 and True Grit, who became one of Morrison’s closest collaborators. Morrison’s second novel, Sula, was nominated for the National Book Award; her third, 1977’s Song of Solomon, brought her international acclaim for its epic portrayal of heritage and the sweep of history over one Michigan family. “Few Americans know, and can say, more than [Morrison] has,” a Times critic wrote. Success, Morrison told The Washington Post that year, often felt like “it was happening to a friend of mine that I like a lot.” She described taking her son to a piano lesson and happening across a large display of her work in a bookstore window. “There was this huge sign in the window which said ‘A Triumph’ by Toni Morrison. I was by myself in the car. And I realized that was me they were talking about.”

The 1987 publication of Beloved cemented Morrison’s reputation as one of the most important writers in American history. The book emerged from an intermingled feeling of contentment and anxiety, she told Interview in 2012. She was sitting on her porch overlooking the Hudson River, having recently quit editing to focus on writing full-time. “I was really happy,” Morrison said. “Which is to say, I guess I hadn’t been. I hadn’t felt that—it must have been a combination of happiness and something else. And it was then that I wrote Beloved. It was all like a flood when I wrote that book.” Inspired by the story of a real woman who escaped slavery, Margaret Garner, the novel weaves together a profound tale about the brutal, intergenerational legacy of trauma.

Before Beloved won the Pulitzer, a group of 48 black writers and scholars wrote an open letter to The New York Times praising Morrison’s work and its significance to the American canon:

The legitimate need for our own critical voice in relation to our own literature can no longer be denied. We, therefore, urgently affirm our rightful and positive authority in the realm of American letters and, in this prideful context, we do raise this tribute to the author of The Bluest Eye, Sula, Song of Solomon, Tar Baby, and Beloved.

Alive, we write this testament of thanks to you, dear Toni: alive, beloved and persevering, magical. Among the fecund intimacies of our hidden past, and among the coming days of dream or nightmares that will follow from the bidden knowledge of our conscious heart, we find your life work ever building to a monument of vision and discovery and trust. You have never turned away the searching eye, the listening ear attuned to horror or to histories providing for our faith. And freely you have given to us every word that you have found important to the forward movement of our literature, our life. For all of America, for all of American letters, you have advanced the moral and artistic standards by which we must measure the daring and the love of our national imagination and our collective intelligence as a people.

In 2000, Morrison was awarded the National Medal for Humanities, and in 2012 she was given the Presidential Medal of Freedom, the highest civilian award in the United States. Morrison’s prose, President Barack Obama said,“brings us that kind of moral and emotional intensity that few writers ever attempt.” In the meantime, she continued to teach throughout her career. In 1989 Morrison was appointed the Robert F. Goheen Professor in the Humanities at Princeton University, where she stayed until her retirement in 2006. In addition to her writing, Morrison’s legacy as a professor and a mentor is one of her crowning gifts to a nation that mourns her.

Source from The Atlantic

In this article:Black History, Entertainment, News