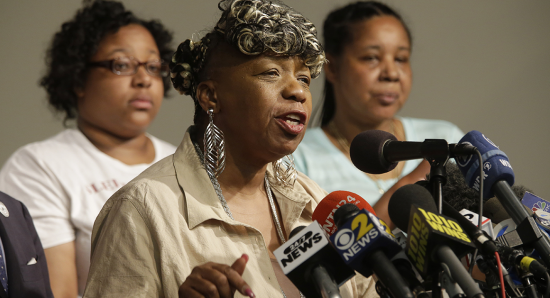 Police officer Daniel Pantaleo, who restrained Eric Garner in a chokehold shortly before Garner died on Staten Island in 2014, has steadily increased his earnings — including a sharp jump in overtime pay — in the two years since he was placed on modified duty.

Pantaleo’s earnings in 2016 represent a 35 percent increase in overtime pay, and a 14 percent overall increase from the previous fiscal year, which began shortly before Garner’s death on July 17, 2014.

In fiscal year 2014, which was completed before Garner’s death and Pantaleo’s subsequent reassignment, he made $99,915, which included $17,189 in overtime.

Pantaleo was seen on video helping wrestle Garner to the ground after Garner, who was unarmed, refused to be arrested for allegedly selling loose cigarettes outside a convenience store. The city’s medical examiner later determined the “choke hold” contributed to Garner’s death.

Pantaleo was stripped of his gun and badge after Garner’s death and placed on modified assignment, pending an investigation by the department. A Staten Island grand jury declined to indict him in December of 2014.