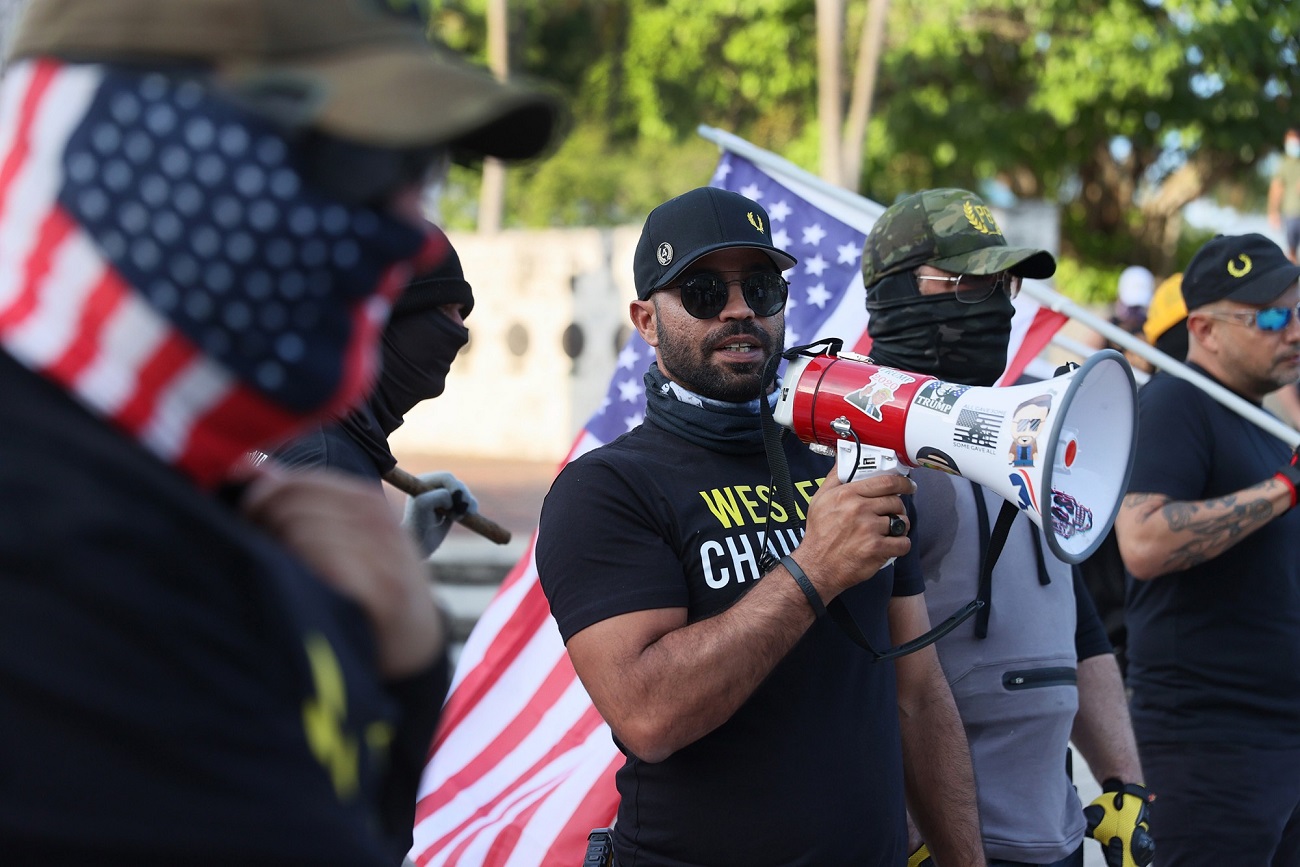 The leader of the far-right Proud Boys pleaded guilty Monday to burning a Black Lives Matter banner taken from a historic Black church during a demonstration in December.

Enrique Tarrio, 37, of Miami, was arrested Jan. 3 in Washington, D.C., on a warrant stemming from the Dec. 12 incident. The Proud Boys and other groups marched in a raucous pro-Trump rally through downtown Washington. The banner was stolen from the Asbury United Methodist Church, one of the oldest Black churches in the area.

On top of the destruction of property charge, he also pleaded guilty to attempting to possess a high-capacity gun magazine, which is illegal in the city. Both charges are misdemeanors, punishable by up to six months in jail. He will be sentenced next month.

Monday’s pleas were unrelated to the Capitol riot Jan. 6, in which at least three dozen members or followers of the Proud Boys have been charged. Federal prosecutors said in court documents that Tarrio, referred to as the “Proud Boys Chairman,” posted messages on social media that members of the group planned to “turn out in record numbers on Jan 6th.”

After Tarrio was arrested and banned from returning to Washington, prosecutors said, other members of the group took over the planning for what would happen when Congress met to count the electoral vote for president.

Federal law enforcement officials have said that police were tipped off that he was coming to Washington for the Jan. 6 event, and they were on the lookout for him, prepared to arrest him for burning the banner.