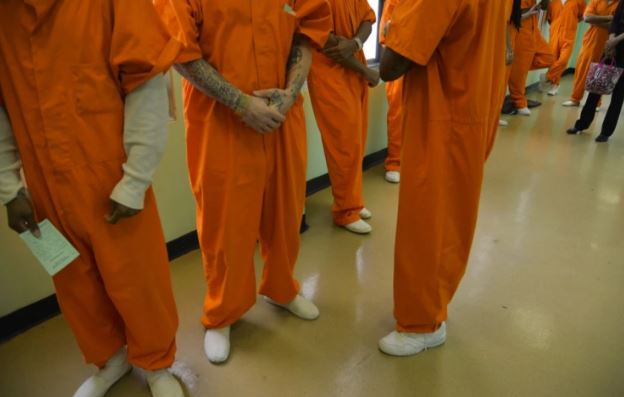 The Justice Department on Thursday announced that it will end the use of private prisons, which currently house more than 22,000 federal prisoners, or about 12 percent of the total federal prison population.

These prisons had become increasingly controversial in the past several years. A DOJ Inspector General’s report recently found that these prisons were on average less safe and secure than government-run prisons. Mother Jones magazine recently published a searing, 35,000-word expose on abuses at one private prison in Louisiana.

Criminal justice reformers also raised concerns that private prisons have a profit motive to put more people behind bars. The companies that own these prisons, like the Corrections Corporation of America (CCA)and the GEO Group, stand to make more money if the prison population grows. Many private prison contracts mandate a minimum occupancy rate — often 90 or even 100 percent. In some cases, the government must pay for 100-percent capacity regardless of how many beds are filled.

As a result, they’ve become a powerful lobbying force on Capitol Hill.

So it’s perhaps not surprising to see that the stocks of CCA and GEO — two of the largest private prison companies in the U.S. — are crashing today on the Justice Department’s news. As of this writing, shares of CCA stock (NYSE:CXW) are down by close to 40 percent, while shares of GEO (NYSE:GEO) are down by about 35 percent. Trading in both stocks at the moment is highly volatile, so these numbers are likely to change significantly by the day’s end. But they signal that investors are worried about the long-term viability of these companies.

It’s important to note, however, that the Justice Department’s announcement only affects federal prisons. Many states contract with private prison companies too, and those relationships are unaffected.

[The states that spend more money on prisoners than college students]

It’s also worth pointing out that the Justice Department’s move was largely unexpected. In a June 8 call with investors, the CEO of Corrections Corporation of America assured investors that “I think we’ll be just fine” regardless of who wins the White House in November.

“I think about the next president, whoever that is, if it’s Hillary Clinton or if it’s Donald Trump, there’s going to be so many things that he or she are going to have to deal with next year or next administration, both nationally and internationally, that I think having a view on our business, our industry is going to be really, really low on the priority list,” CEO Damon Hininger said at the time.