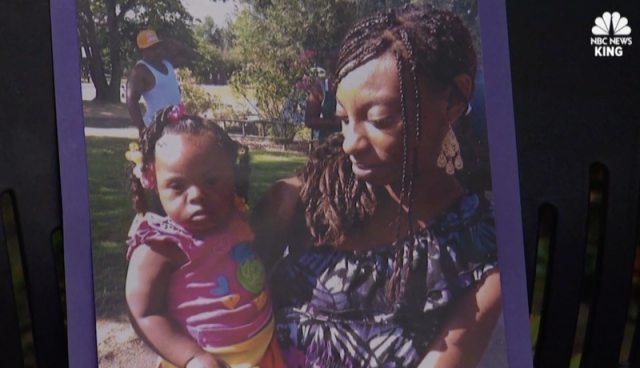 Charleena Lyles was 15 weeks pregnant when she was shot and killed.

The jurors of a King County coroner’s inquest found the police shooting of Charleena Lyles, a pregnant Black woman, was justified, according to The Associated Press. The findings were unsettling to Lyle’s family who beliece Charleena was executed. However, the final decision to move forward and press charges will ultimately be up to the King County prosecutor.

Lyles, mother of three, was shot seven times by Seattle police officers after they responded to a disturbance call to her home in 2017. Lyles called the police to report a burglary. When officers arrived, police say Lyles pulled a knife and tried to attack one of them and also appeared mentally ill. That’s when they drew their guns and opened fire.

The jury found officers Jason Anderson and Steve McNew were justified in their use of fatal force.

The jury found that even if the officers had a Taser, it would not have been an effective or appropriate option as she advanced on them in the close confines of the apartment, The Seattle Times reported.

Her crying baby crawled over and climbed on top of her as she died, and a boy came out of a bedroom and said, in tears, “You shot my mother,” the officers recalled in emotional testimony.

King County Prosecutor Dan Satterberg issued a statement saying he would review the evidence presented at the inquest as well as the findings in deciding whether to press charges against the officers.

Last year, Lyles’ family settled in a civil lawsuit against the officers and the Seattle Police Department for $3.5 million.

This inquest was reportedly delayed for years because of revisions to the coroner’s inquest process and also included six days of testimony. The inquest jury can determine if the officers violated any policies or criminal laws but prosecutor Satterberg will have the final say so.

Keep in mind, there was a police deadly force law in 2017 that required finding actual malice in the actions of an officer. However, that was changed in 2018 with Initiative 940 when prosecutors decided it was not possible to meet that criteria and charge an officer with murder.