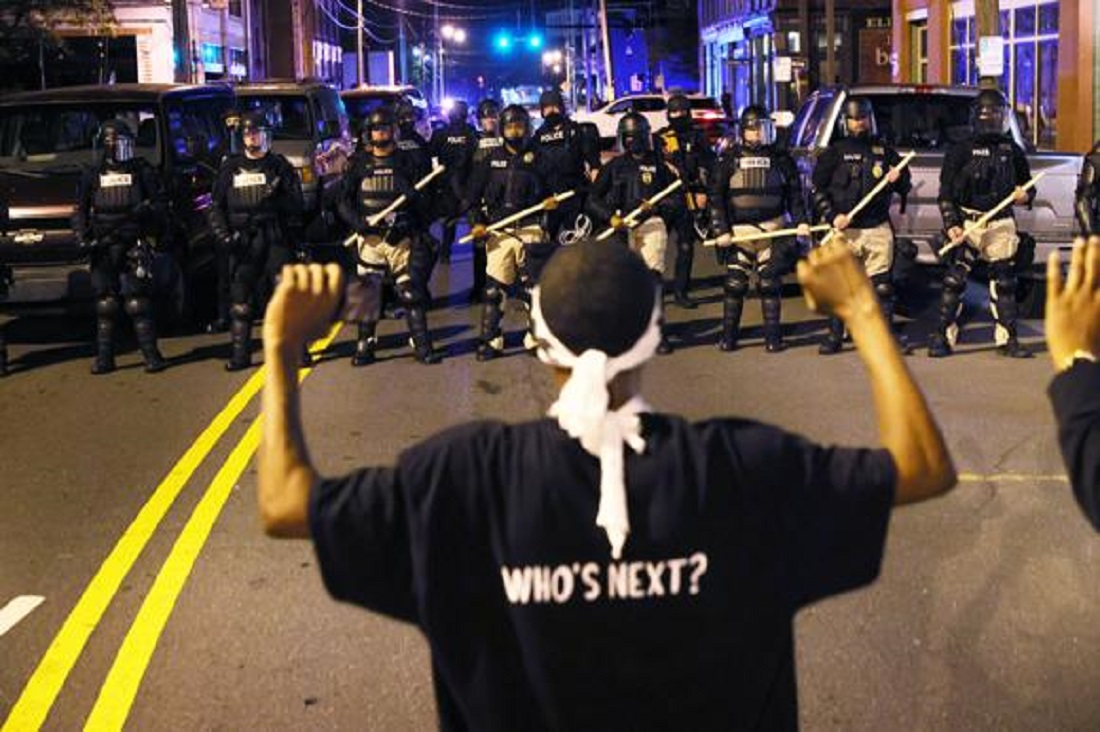 George Floyd’s murder, the ensuing mass protests, the renewed calls for police reform and the trial of the former police officer convicted of his murder overshadow a staggering reality: The pace of fatal encounters with police, who have killed about three people per day this year, is on par with last year’s daily average .

Through the first four months of the year, there have been just six days in which police across the United States did not kill anyone.

It’s a bracing reminder of how little has changed despite a pandemic and intense scrutiny of policing practices in the 12 months since the world witnessed the Floyd killing in Minneapolis.

“There’s an effort, at least by some political actors, to give folks false hope that we’re turning the corner around police violence,” said Scott Roberts, senior director of criminal justice and democracy campaigns at the racial justice group Color of Change. “These numbers show that, as far as we can tell, it’ll continue.”

Black people like teenager Ma’Khia Bryant, 20-year-old Daunte Wright and 42-year-old Andrew Brown Jr. have all suffered the same fate as Floyd — and so many others before them — in recent weeks: death by police. They are among 89 Black people who have been killed by police this year through May 21, according to Mapping Police Violence. Another teen, Adam Toledo, who was Latino, was shot and killed by police in Chicago in March.

Caron Nazario’s life was spared, but the Afro Latino second lieutenant in the U.S. Army Medical Corps was pulled over by police in Virginia late last year while in uniform. Guns were drawn on him; he was pepper sprayed, forced to the ground and handcuffed following a traffic stop.

Footage of the encounter went public in April, around the same time Wright, who was biracial, was killed at a traffic stop in Brooklyn Center, Minn., miles from where ex-Minneapolis police officer Derek Chauvin went on trial for Floyd’s murder.

“That strikes me as very hard to think of an innocent explanation or a satisfying explanation for that or a non-invidious explanation,” said Clark Neily, senior vice president for criminal justice at the Cato Institute. “I can’t come up with an explanation that is anything other than concerning for that. It suggests, presumably, a higher level of suspicion and fear on the part of police and a greater willingness to resort to lethal force without hesitation, and that’s quite concerning.”

In interviews, activists were able to highlight some signs of progress in their long battle to severely limit fatal encounters with police. They mentioned Colorado and New Mexico, for example, as the only two states to end qualified immunity, which shields police from lawsuits by victims or their families for alleged civil rights violations, and the CAHOOTS (Crisis Assistance Helping Out On The Streets) program in Eugene, Ore., where unarmed mental health professionals respond to mental health, homelessness and addiction crises.

But activists are also clear-eyed that much more work needs to be done. They call attention to the fact that nonprofits and the media are doing the legwork on tracking fatal police encounters because the federal government fails to collect and publish such data.

“Data equals accountability,” La Vigne said. “Every agency should make public their use of force incidents. Every single agency.”

Maurice Mitchell, a strategist with the Movement for Black Lives and national director of the Working Families Party, described the cyclical nature of police killings of unarmed people of color like this: public outrage, a mass movement then government response. The problem he laid out is that government officials tend to focus on symptoms and process, instead of root causes and outcomes.

A national registry of police misconduct, ending qualified immunity, establishing commissions and even Justice Department consent decrees are all reactive policy measures that occur after harm has already been done, he said.

“All these things are not bad, but what we hit the streets for were very clear outcomes, and what we spoke about were the root causes,” Mitchell said. “We need to interrupt this cycle where Black folks and advocates and others are demanding very, very clear outcomes, which is a very simple outcome: We live in a society where our government doesn’t kill us. We believe it’s the actual number and density of interactions that people have with police officers that lead to these instances.”

Law enforcement officials largely agree that the Chauvin verdict — conviction on all charges — was the correct one. But making Floyd’s murder about race is “completely wrong and irresponsible,” said Joe Imperatrice, founder of Blue Lives Matter NYC.

“That has to stop because it’s causing more problems,” he said.

Imperatrice was adamant that “anybody” with “half a brain” could watch the video of Chauvin pinning his knee on Floyd’s neck for nearly 10 minutes and see “that was wrong” and “inhumane.”

Activists insist the culture and scope of policing are in desperate need of change. Most of last year’s police killings began as traffic stops, mental health or wellness checks, a domestic disturbance or some other nonviolent offense.

Responses to alleged violent crime led to approximately 30 percent of last year’s 1,126 police killings. Victims were allegedly armed in nearly 80 percent of all fatal incidents, according to MPV data .

“While George Floyd’s name became sort of the rallying cry, it’s important to recognize that there are a hundred or more names of people who lost their lives because we have not fully addressed this problem,” said Sakira Cook, senior program director for the justice reform program at The Leadership Conference on Civil and Human Rights.

Criminal justice experts lament that policing culture is predicated on violence, with militarized police forces, overcriminalization of low-level offenses and an us-versus-them mentality inside police forces.

“Research tells me they’re not recruiting the right people for the job and they’re not training them for the job,” La Vigne said. “They’re training them to take a warrior approach rather than a guardian approach. They’re trained in a militaristic style. They’re trained on use of force, with a use-of-force continuum that gets in their head that you start with this amount of force and then you increase it to that amount and then a higher threshold and a higher threshold versus being trained in de-escalation, which is really pre-escalation.”

La Vigne described pre-escalation as how police interact with people: talk them down, use physical distance and recognize who’s in crisis. “That’s what’s needed in peace officers,” she said.

Americans need to rethink the way they view public safety and crime, Cook said, and look at policing along every point of the continuum that disproportionately affects communities of color.

Prosecutors have also been a focus of activist groups like Color of Change in recent years. The Cato Institute’s Neily suggested conflicts of interest between prosecutors and police officers could factor into why so few officers are criminally charged and convicted for killing people.

“Obviously, that’s just an anecdote. That’s just one incident,” Neily said. “But it was so wrong that one can’t help but wonder how often are police departments successful in sweeping under the rug blatant misconduct by one of their own officers?”