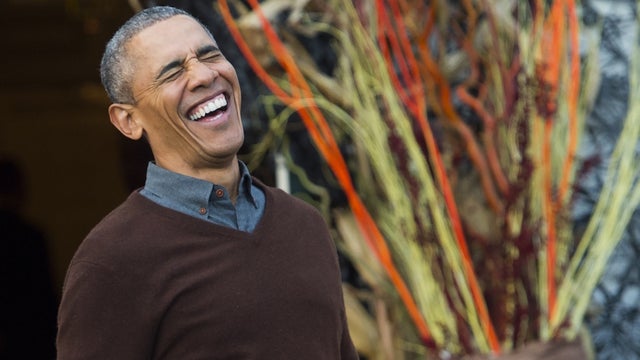 More than 70,000 people have signed onto a petition that seeks to rename the portion of Fifth Avenue in front of the Trump Tower in Manhattan after former President Obama.

“The City of Los Angeles recently honored former President Barack Obama by renaming a stretch of the 134 Freeway near Downtown L.A. in his honor,” reads the online petition, which had racked up nearly 71,000 signatures on MoveOn.org as of Tuesday afternoon.

“We request the New York City Mayor and City Council do the same by renaming a block of Fifth Avenue after the former president whose many accomplishments include: saving our nation from the Great Recession; serving two completely scandal-free terms in office; and taking out Osama bin Laden, the mastermind behind September 11th, which killed over 3,000 New Yorkers,” the petition continues.

Elizabeth Rowin, the organizer behind the petition, told Newsweek in an interview released on Monday that the campaign first began as a joke last year.

“I honestly started it as a joke,” Rowin told the publication. “I saw a comedian joke about how it would make Trump so mad if it was named after former President Obama and thought why not.”

However, after the petition began to pick up traction online, Rowin said she decided to reach out to the New York City Council and received responses from some members who were interested in taking action on the cause.

But there appears to be at least one roadblock that could hurt the petition’s chances.

According to Newsweek, a figure has to be deceased for at least two years in order have a request made to co-name a street after him or her.

“I am sure the conditions can be changed,” Rowin said. “There are two streets in L.A. named after former President Obama.”

“These laws are arbitrary and can be worked around,” she added.