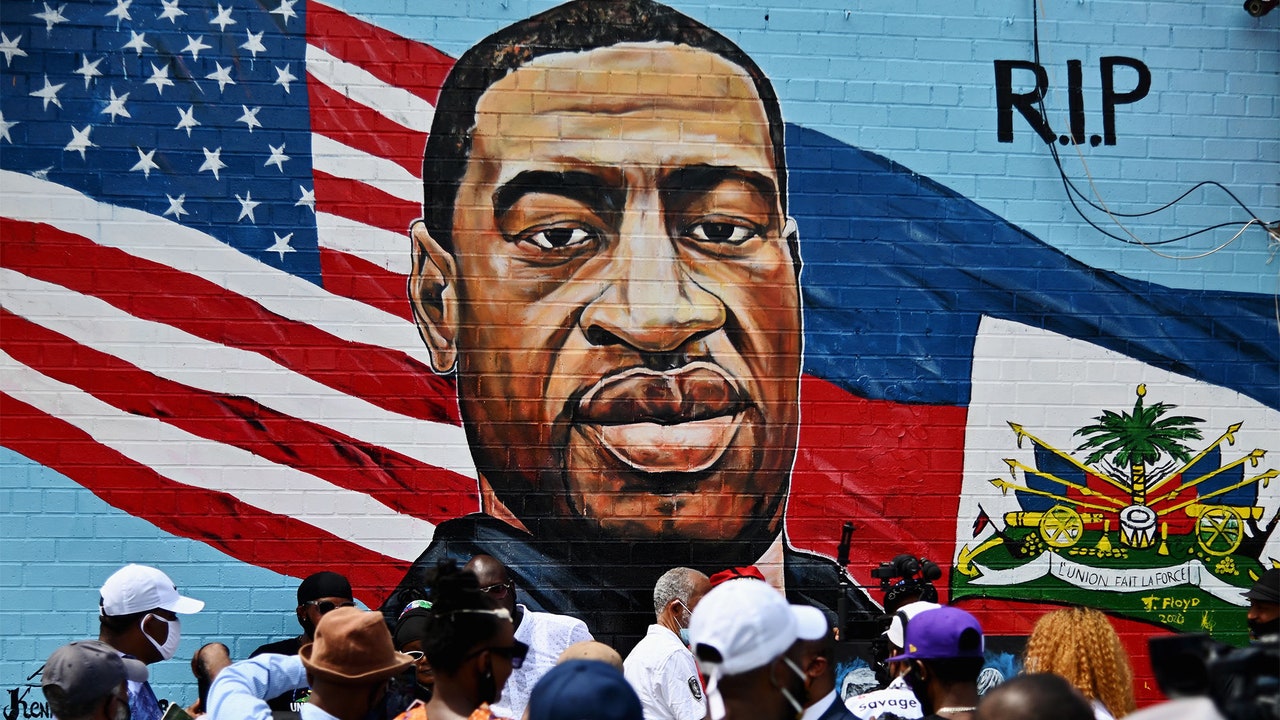 Families of police killing victims had a common message as they spoke Monday on a panel marking the first anniversary of George Floyd’s death — when it comes to meaningful change, actions speak louder than words. They called on federal legislators to pass the police reform bill the George Floyd Justice in Policing Act, legislation they say could prevent other families from experiencing the pain of losing a loved one to police violence.

The call for legislative action was a theme during a series of memorial events and panel discussions on Sunday and Monday organized by the George Floyd Memorial Foundation and the Rev. Al Sharpton’s National Action Network. On Tuesday — the first anniversary of Floyd’s death — organizers have planned celebrations of Floyd’s life featuring music and performances in downtown Minneapolis. Floyd’s family will meet with President Joe Biden at the White House. Minnesota Governor Tim Walz has asked Minnesotans to take part in a moment of silence at 1 p.m. for nine minutes and 29 seconds — the amount of time convicted ex-officer Derek Chauvin pressed his knee to Floyd’s neck during the fatal May 25, 2020 arrest.

At the panel in Minneapolis Monday, the families described lasting pain and devastating emotional impacts from the deaths of their loved ones. They called for continued support, especially after media interest in their stories wanes.

“It only seems like people are around us and wanting to support us when there’s a camera in their face,” said Katie Wright.

Alissa Charles-Findley, the sister of Botham Jean, who was killed in his own apartment by a now-convicted ex-Dallas cop who said she mistook the unit for her own, said she hopes to prevent pain for other families.

“I wouldn’t wish this feeling on anyone — I wouldn’t wish PTSD on anyone, anxiety on anyone, depression on anyone, because this is what I go through on a daily basis since [convicted ex-officer] Amber Guyger walked into my brother’s apartment and killed him because he was Black,” she said.

Findley praised Chauvin’s conviction on murder and manslaughter charges last month, but warned supporters not to become complacent as they push for police reform. She called the conviction accountability, but not justice, and noted that convictions of police officers are rare.

“Apply the pressure — don’t take your foot off the gas just because we got a conviction,” Findley said.

Also speaking at the panel were Sybrina Fulton, the mother of Trayvon Martin, the teenager who was killed in a Florida neighborhood in 2012 by George Zimmerman; and Gwen Carr, the mother of Eric Garner, who died in a police chokehold in New York in 2014. Garner’s pleas of “I can’t breathe” became a rallying cry against police brutality. Floyd also begged “I can’t breathe” as Chauvin pinned him to the ground.

“A lot of people talk way too much for me, they talk a lot,” Fulton said. “But guess what? The action is what’s important. If you’re going to be a community activist, then we need you to act.”

Speaking at a Minneapolis rally Sunday, Sharpton said it’s evident federal law is needed to curb police killings because Daunte Wright was killed by an officer 10 miles away from where Floyd was killed “before the jury could even come back” in the Chauvin case.

“I really thought that my brother’s death would be the last police brutality case, but as we all can see, they are at it again and again and again,” she said.

Bridgett Floyd, who founded the George Floyd Memorial Foundation, said she’s hopeful the police reform bill will pass into law, though she doesn’t know when.

“I have a good feeling about this bill being passed that will protect these families from hurting and weeping,” Bridgett Floyd said.