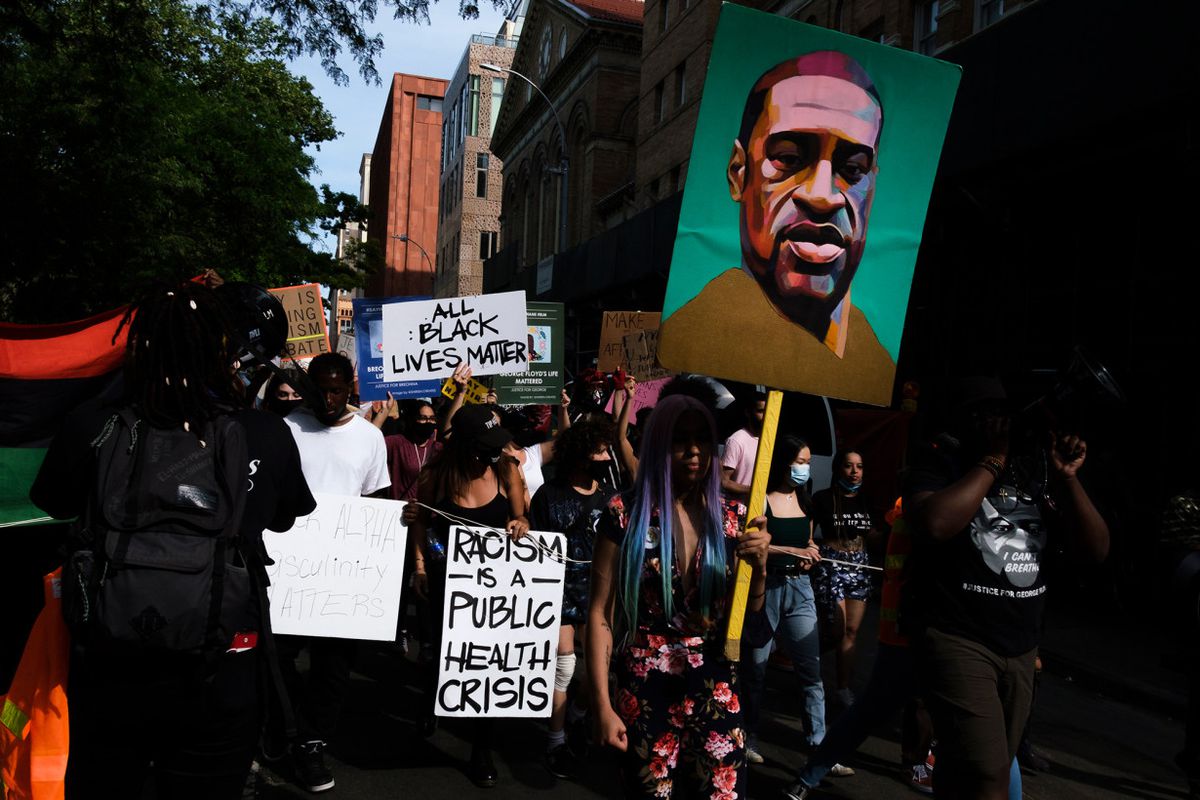 Three Ohio officers were charged following their response to a George Floyd demonstration over the summer, ABC News reported. On Wednesday (June 9), Kathleen Garber, the prosecutor appointed to look into complaints made against Columbus police amid last year’s Black Lives Matter protests, announced that charges of dereliction of duty were filed against Sgt. Traci M. Shaw, Sgt. Holly Kanode and Officer Phillip Walls.

Shaw and Walls face additional counts of assault and interfering with civil rights.

According to findings from an ongoing investigation, a protester was a few blocks away from a protest on May 30 when he and two friends were approached by Shaw, who pepper-sprayed

Walls was also accused of “pepper-spraying peaceful protesters.” Body camera footage showed as he walked up to demonstrators on the sidewalk and attacked them with pepper gas. He also allegedly pepper-sprayed a protester who was attempting to assist a fellow activist who was also sprayed, per an affidavit.

As for Konade, she told investigators that she helped to arrest a protester who attempted to tackle another officer to the floor. After footage of the encounter showed that she was lying, her dereliction of duty charge was topped with a charge of falsification of a report.

Shaw, Kanode and Walls have since been placed on administrative leave. Mark Collins, the attorney representing all three officers, said that they will fight the charges filed against them and plan to plead not guilty during their arraignment on July 8.

Their actions during the protest have been backed by Jeff Simpson, executive vice president of the Fraternal Order of Police union in Columbus, who believes the officers “acted appropriately within the scope of their duties.”

The investigation into the actions of Columbus police during BLM protests remains active. Per Garber, other officers may possibly be charged.