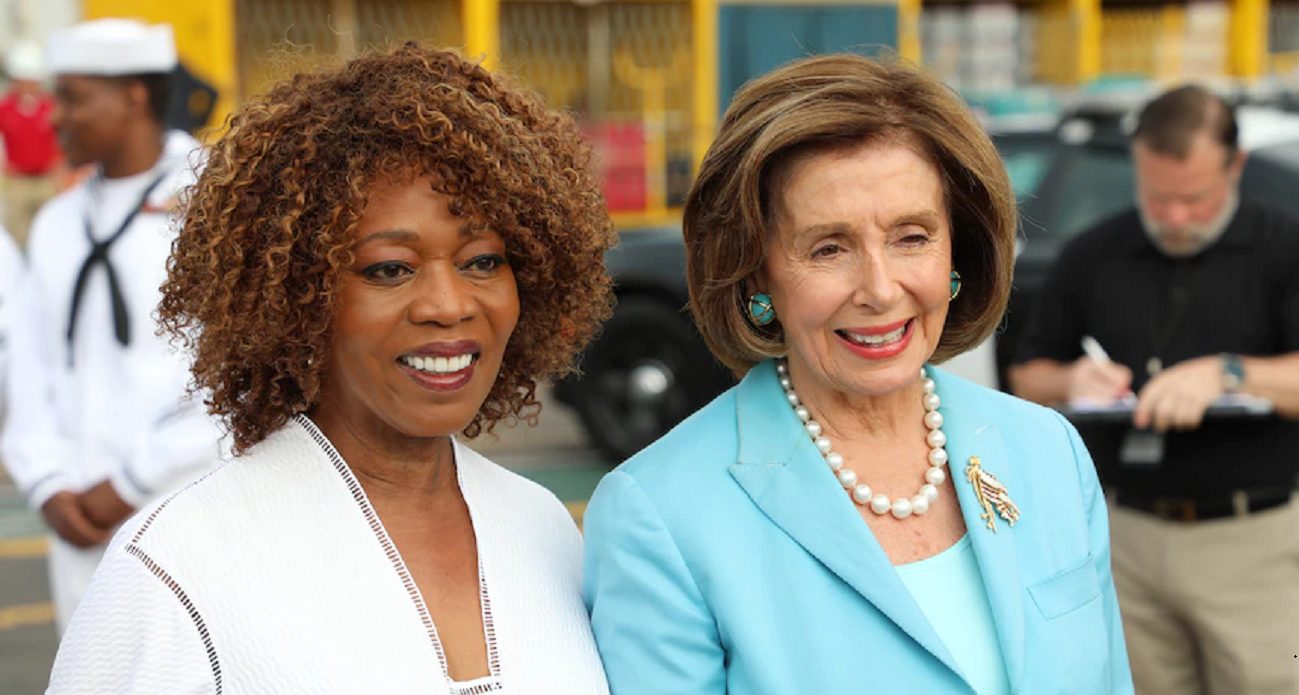 “May God bless this ship and all who serve on it,” Woodard said before she broke a bottle of champagne against the replenishment oil ship.

Before the christening, the actress and political activist said of Lewis: “We miss him on this platform but we will never be without him. I am honored. I am fortunate. I am eternally grateful to have lived in the time of John Lewis.”

Woodard called Lewis “a true action hero of our times. He became a man of all seasons. He stood up, spoke out and got into more than his share of trouble. He was an American hero.”

In January 2016, U.S. Navy Secretary Raymond E. Mabus Jr. announced the assignment of the name John Lewis to the vessel, part of the Military Sealift Command fleet of support ships. National Steel and Shipbuilding Company in San Diego began construction of the ship on Sept. 20, 2018, with completion last November.

In comments during the ceremony, Pelosi said Lewis was “the conscience of the Congress… whose great courage made him revered in Congress.

“He was always about nonviolence,” Pelosi continued. “Get in good trouble,” she said, quoting what Lewis often said.

As a young man, Lewis was on the forefront of the civil rights movement of the 1960s. His beating by a state trooper while helping lead a march across the Edmund Pettus Bridge in Selma, Ala., in March of 1965 was credited with helping to spur passage of the landmark Voting Rights Act by Congress just days later.

Lewis was first elected to the House of Representatives in 1986, representing a district that included much of Atlanta. He held the seat until his death on July 17, 2020.

Lewis had announced at the end of 2019 that he had Stage 4 pancreatic cancer. He lived long enough to see a new and powerful civil rights movement spring up around the country in the aftermath of the Memorial Day 2020 death of George Floyd in Minneapolis.

“It was very moving, very moving to see hundreds of thousands of people from all over America and around the world take to the streets — to speak up, to speak out, to get into what I call `good trouble,”‘ Lewis said on “CBS This Morning.”

He added that the Black Lives Matter movement “feels and looks so different” from the 1960s protest movement. “It is so much more massive and all-inclusive. There will be no turning back.”