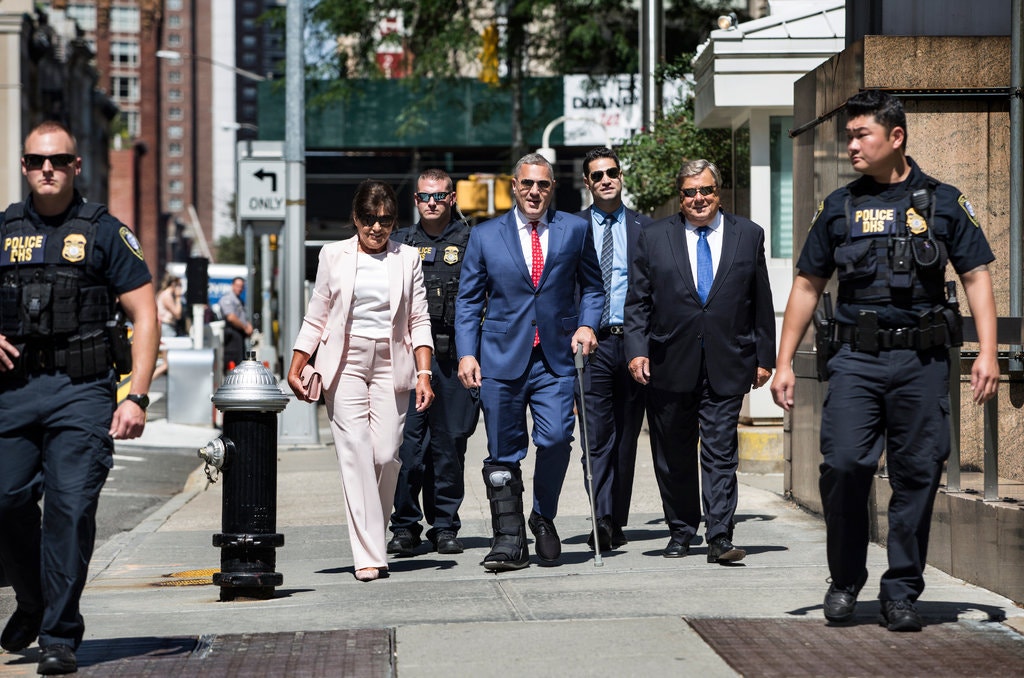 President Trump has repeatedly and vehemently denounced what he calls “chain migration,” in which adult American citizens can obtain residency for their relatives.

On Thursday, his Slovenian in-laws, Viktor and Amalija Knavs, became United States citizens in a private ceremony in Manhattan by taking advantage of that same family-based immigration program.

Asked if the Knavses had obtained citizenship through “chain migration,” their lawyer, Michael Wildes, said, “I suppose.”

He said chain migration is a “dirtier” way of characterizing what he called “a bedrock of our immigration process when it comes to family reunification.”

Melania Trump had sponsored her parents for their green cards, Mr. Wildes said in describing the process by which the Knavses had become United States citizens. “Once they had the green card, they then applied for citizenship when they were eligible,” he said.

Even as his in-laws were going through the process, Mr. Trump was denouncing it. In November, he tweeted, “CHAIN MIGRATION must end now! Some people come in, and they bring their whole family with them, who can be truly evil. NOT ACCEPTABLE!”

CHAIN MIGRATION must end now! Some people come in, and they bring their whole family with them, who can be truly evil. NOT ACCEPTABLE! pic.twitter.com/PQGeTTdRtX

Tourists warned about visiting the US following latest mass-shootings