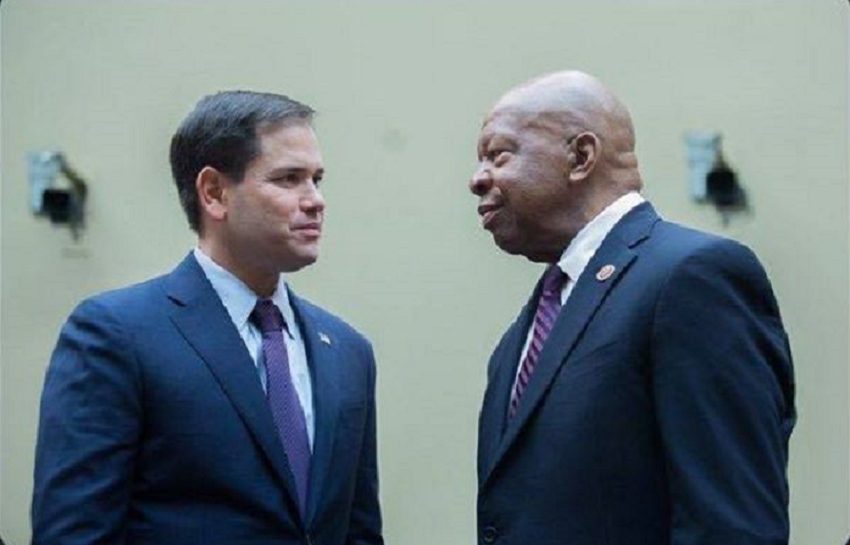 Here’s Sen. Marco Rubio, in a since-deleted tweet, Pay Tribute to the late John Lewis by confusing him with the late Elijah Cummings (whom Fox News confused with John Lewis back in October).

He got it right the second time:

Give Rubio credit. The half-assedness of his tribute told a truth that his Republican colleagues, with all their lip service to Lewis’ heroism, were working diligently to obscure: They really don’t give a shit.