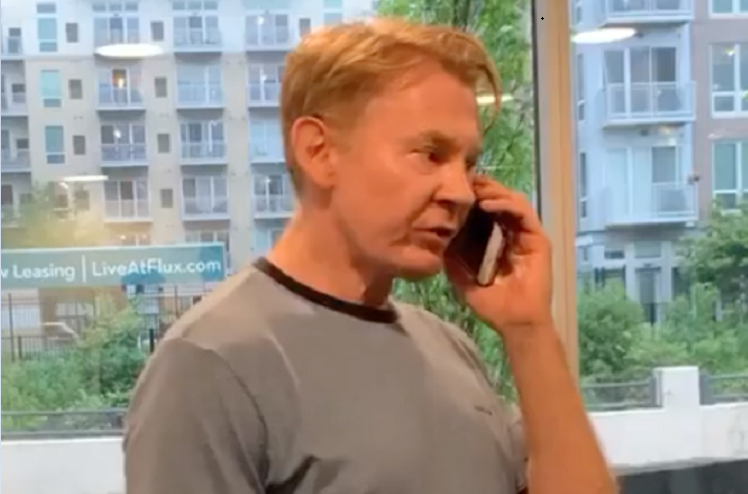 A white Minneapolis venture capitalist’s office lease was terminated after a viral video showed him questioning black entrepreneurs using the gym in a building of which they were all tenants, the Minneapolis Star Tribune reported Wednesday.

Tom Austin, the managing partner of F2 Group, threatened to call the police on the group of black men on Tuesday. The men are the owners of Top Figure, a Minneapolis-based social media and branding agency. They work out of a WeWork coworking space in the building and are allowed to use the amenities.

“Should have handled it differently,” he said in an email to the Tribune. “Not my job to have done anything.”

Top Figure posted the video of the exchange to its Instagram page. As of Wednesday evening, it has 33,000 likes.

In the Instagram caption, the men accused Austin of “racial profiling and age discrimination” and tagged the building’s Instagram page.

“As you guys can see, we’re dealing with racism here,” one man said in the video.

Austin insisted to the Tribune he was not being racist and was upholding a building policy that allows only tenants to use amenities. He said he saw one of them open the door to the gym with a key fob and let the rest in before the group got “aggressive.”

He told the Tribune that by the end of the exchange, he was on “talking terms” with the men.

“I said, ‘I’m sorry you thought I was being racist, but I was not. If you were a bunch of women, I would have done the same thing,'” Austin told the Tribune.

The incident comes just days after a video of a white Minneapolis police officer kneeling on the neck of George Floyd until he died of asphyxiation went viral. The death of Floyd, an African American man, led to massive protests in the city and calls for an investigation into the officers behavior.

Stuart Ackerberg, CEO of Ackerberg Group, which owns the MoZaic East building, said he was still heartbroken from seeing the video of Floyd when he decide to terminate the lease.

“My heart hurts,” he told the Tribune. “This is not how we do business. … I’m alarmed by what I saw.”