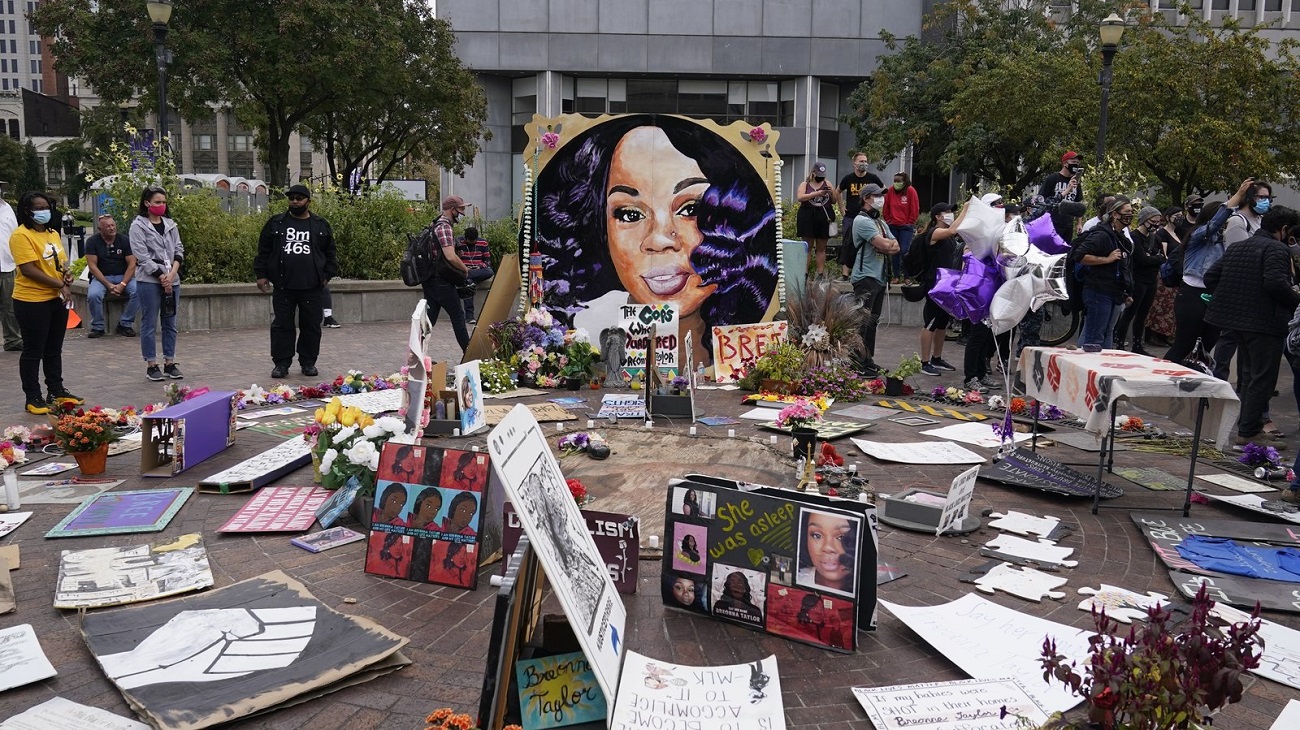 FILE - In this Wednesday, Sept. 23, 2020, file photo, people gather in Jefferson Square in Louisville, awaiting word on charges against police officers in the death of Breonna Taylor. For months, Taylor's name has been a rallying cry for Black activists who hoped Black women and their deaths at the hands of police would finally receive the same attention given to cases concerning the extrajudicial killing of Black men. (AP Photo/Darron Cummings, File)

Two police officers who were part of the raid that ended with the shooting and death of Breonna Taylor, a 26-year-old Black woman, are reportedly being terminated by the Louisville Metro Police Department. The move comes nine months after Taylor was killed in her apartment when police attempted to carry out a search.

Attorneys for detectives Myles Cosgrove and Joshua Jaynes have confirmed to member station WFPL that both have been given pre-termination letters by Chief Yvette Gentry.

“We intend to show up to the pre-termination hearing on Dec. 31 and we’re going to contest this action, although I’m not optimistic about Interim Chief Gentry changing her decision,” said Thomas Clay, the lawyer for Jaynes. NPR was unable to contact Clay for comment.